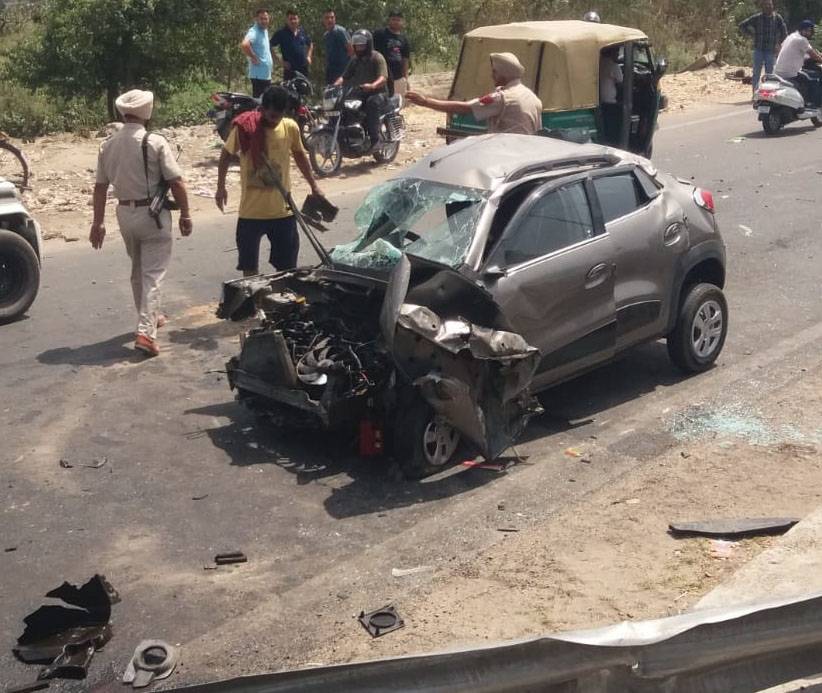 The mangled remains of the car that fell off the flyover.

A 47-year-old man was killed and four others — his wife, two children and his brother’s daughter — were injured after the car they were travelling in rammed into the railing of Rama Mandi flyover and fell on the adjacent service lane.

The incident took place on Sunday afternoon when they were returning home in Paragpur of Jalandhar Cantt from Hoshiarpur side.

The deceased has been identified as Vivek Kumar of Paragpur near Nirankari Bhawan. His wife and two children — a son and a daughter — and his brother’s daughter received minor injuries and were immediately shifted to a private hospital nearby. The car was being driven by Vivek, who died on the spot.

Talking to Jalandhar Tribune, ASI Ajaypal Singh of Jalandhar Cantt, who has been investigating the case, said the deceased probably lost control over the car and rammed it into the flyover railing. “The car was two metres away from Rama Mandi Chowk. It was on the flyover and was about to touch the road when the driver lost the control and rammed the vehicle into the railing and the car fell on the service lane,” he said.

He said locals there took them out of the car and rushed them to a nearby hospital. As per the statement of the family members, a case under Section 174 of the IPC was registered and the body of the deceased was sent for autopsy.