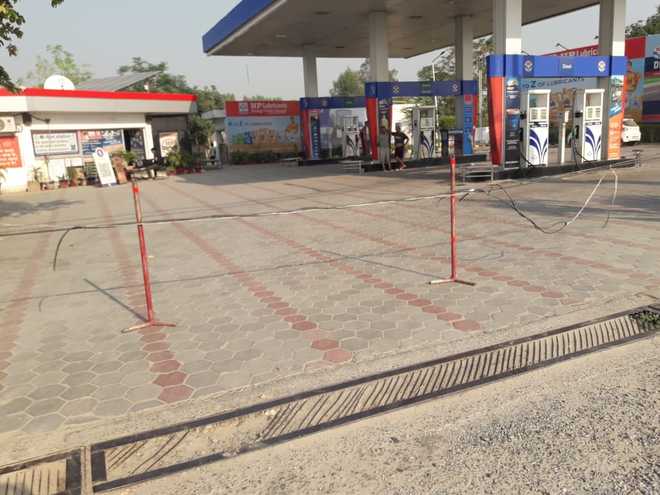 The petrol pump outlet that was shut down in Adampur.

The increasing fuel prices have started bringing an adverse impact on the sale of petrol pumps. Owners have begun to announce closure of their respective petrol pumps.

The Petrol Pump Dealers’ Association spokesman, Gurmeet Singh Monty Sehgal, today closed his petrol pump situated at Adampur. Sehgal said he had shut down his petrol pump keeping in view the increasing fuel prices and no hike in the margin since the past four years.

“I am helpless. Sixteen employees of the petrol pump will lose jobs as the pump has been closed. Fuel sale has fallen by 30 to 40 per cent as the prices have increased by 50 per cent,” Sehgal added. Claiming that he had lost Rs75 lakh in the past 18 months, Sehgal said the margin in the sale of fuel was just three per cent.