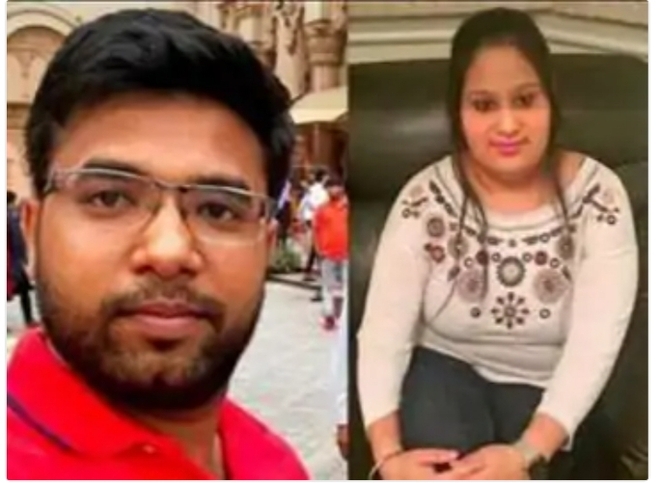 Kashish Aggarwal (L), who killed his wife Geetika Goyal in the UK this year, has got a life sentence by Leicester court. tribune photo

A city-based youth, Kashish Aggarwal (29), was sentenced to life imprisonment recently by a UK court for stabbing his Phillaur-based wife Geetika Goyal to death on March 3 this year.

The couple had got married in 2016 and had moved to Leicester in the UK. On the day of the murder, the duo was at their place on Wintersdale Road and they reportedly had a fight after which Aggarwal stabbed his wife 19 times in the neck, chest and arms. He then wrapped her body in a plastic bag, carried it in the boot of his car and dumped it on a nearby street.

Kashish initially told everyone that his wife had gone missing. The police caught him the next morning after the CCTV footage showed him driving her body to the site. He had later admitted to the murder. The life sentence would imply that Aggarwal would remain in prison for 20 years. While passing the orders, the court termed it as a ‘wicked killing’.

Brij Bhushan Goyal, father of Geetika, said, “The incident has left our family devastated. We cannot get our daughter back, but we are at least satisfied that some justice has been done to the soul of our dear daughter. Her husband, who brutally attacked our daughter, has been issued sentence by the court in just six months’ time. Our son, Hemant Goyal, who is also in the UK, had contested the entire case.”