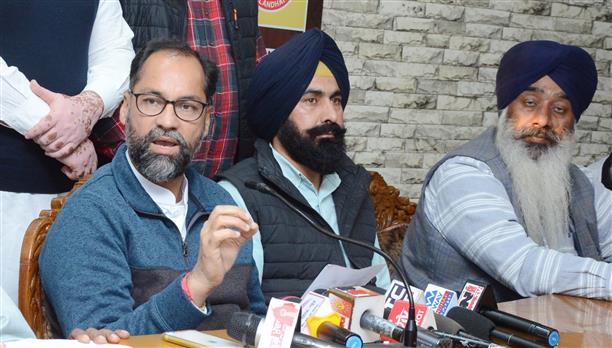 The Shiromani Akali Dal (SAD) MLA from Adampur Pawan Tinu on Tuesday blamed the state government for delaying the Bhogpur Sugar Mill project. He said while the SAD government had already passed the sugar mill project worth Rs 102 crore in the Cabinet meetings during its rule and received bank-related clearances, the Congress government only delayed the project.

“The sugar mill project was supposed to be completed in 2017, however the government only delayed it and when the elections are approaching. The Congress government is taking the credits for inaugurating the project. In addition, we also condemn the statements of Deputy Chief Minister Sukhjinder Singh Randhawa on announcing police action against the SAD MLA’s. The Congress leaders are now resorting to political vendetta to defame, Opposition leaders,” said Pawan Tinu.

He further stated that it was SAD government that initiated developments in Adampur block. Apart from sugar mill project, we had developed factories in the region, ITI colleges and sewage projects. However, Channi led congress government in now taking the credits. Its been five year, no major development project was launched by Congress in Adampur.

Addressing mediapersons, he also stated that the sugarcane growers in the state were debt-ridden and were upset with the sugarcane prices. It was only after the protest by the farmers, that the MSP on sugarcane was revised, which was still less than Haryana. Contrary to its promise, the government couldn’t offer the MSP at par with Haryana.