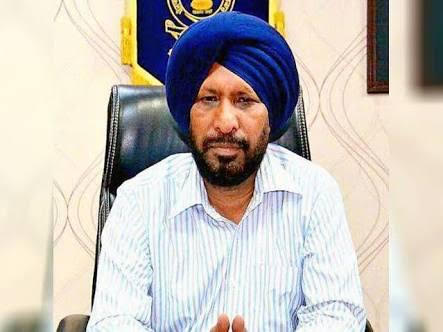 Phagwara is a prominent NRI-dominated city in Punjab falling on National Highwa-1. It is well-connected by rail and road but is placed 40 km away from the district headquarters of Kapurthala. A reserved constituency, it is spread over 50 urban wards and 91 villages. It has given chances to both Congress and BJP equally. This time Phagwara is witnessing a multi-cornered contest with candidates of the SAD-BSP alliance, BJP, Congress and AAP in the fray. BJP, however, is yet to open its cards. Here are the main candidates from the seat...

Background: He left his job as an IAS officer and contested the by-election from here in October 2019. He served as Principal Secretary of the SC Welfare Department at the time when the alleged Post-Matric Scholarship Scheme scam occurred, giving his opponents enough ammunition.

3. To make Phagwara a district

Background: He has been elected thrice as MLA from here in 1985, 1992 and 2002. A nephew of Congress stalwart and former Union Home Minister late Buta Singh, he has served as minister in the Cabinets headed by ex-CMs Beant Singh, Harcharan Singh Brar, Rajinder Kaur Bhattal and Captain Amarinder Singh. Mann had lost elections in 2007 and was denied ticket in 2012. He again lost in 2017. He moved to AAP recently.

2. A govt college at Phagwara

Background: He is the state president of BSP. He joined politics after resigning from government veterinary inspector post, where he served for 18 years. He hails from Garhikanogo village in Balachaur area of Nawanshahr. He remained associated with the India Backward and Minorities Communities Employees' Federation (BAMCEF).

1. To make Phagwara a district