Cops crack down on hooligans, traffic violators : The Tribune India 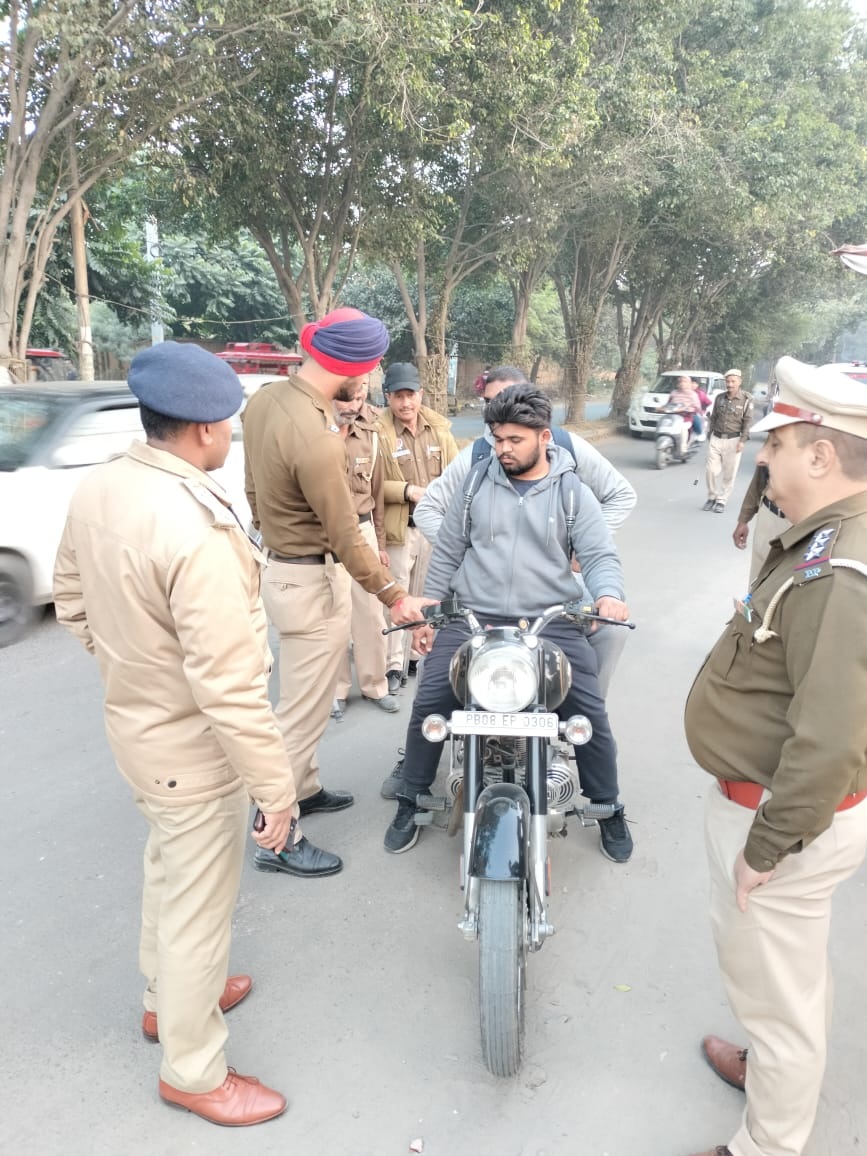 Policemen check a vehicle during a special drive in Jalandhar on Tuesday. Tribune photo

In order to control the hooliganism in Model Town area especially at PPR market, the city police have resorted to aggressive issuance of challans, FIRs against food joints for serving liquor illegally to customers on their premises or in their vehicles, and have even launched a special campaign against youths flaunting fancy number plates, VVIP stickers or logo, etc.

As per information, in the last eight days i.e. from November 20 to 28, the police have issued as many as 84 challans in the Model town area, of which 50 were only issued at PPR market. Besides, three FIRs have been registered against restaurants based at PPR under relevant Sections of the IPC and Excise Act for violating government norms and serving liquor to customers on their premises or in their vehicles.

The police have also impounded a number of luxury vehicles, including a Range Rover for traffic violations. Besides, those youngsters riding bullet with modified silencers, which produce cracker-like sound, were also challaned and the police have issued a strict warning to them.

ACP Model Town, Randhir Kumar said, “Initially, we started this campaign against violators by offering them roses. We thought this ‘kind’ way instead of challans might change the violator’s heart and they may learn a lesson but it didn’t work as we expected. Thus, we resorted to aggressive challaning, impounding of vehicles and registration of FIRs.”

He said recently a Volkswagen Vento car was impounded under Section 207 of the Motor Vehicle Act for unauthorised use of red and blue light. “The person whose vehicle was impounded was Ashu, a resident of Urban Estate Phase -II. When he saw the police, he fled the spot but the gunman chased his car and got hold of him. On questioning, he confessed he was controlling those lights with a remote, and it was fixed for the sole purpose of showing off,” he added.

ADCP 2, Aditya, said, “To maintain the law and order, and to keep a close tab on youngsters creating ruckus and indulging in hooliganism, the security has been enhanced in the entire Model Town jurisdiction especially at PPR market”. He said keeping in mind the past incidents that took place at PPR, the police had launched special campaigns and regular checking of vehicles, restaurants, etc., was being conducted.

He added that the drive would continue the same way for the next few days, and the restaurant owners had been warned of strict action if they were found violating the law. Besides, no youngsters would be allowed to create nuisance at public places, and anyone violating the law would face strict action.