Depression, anxiety, suicide rates are doubling up, yet people are dismissive about psychological well-being 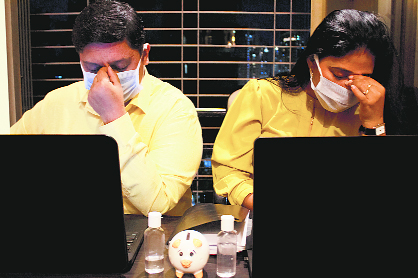 Covid-19 might be the buzzword for the past few months, but the world’s reluctance was discreetly trending all these years. The reluctance to indulge in a mental health conversation, the constant ignorance of one’s deteriorating psychological condition and finally succumbing to the society’s nonchalant pressure. Despite being a country that has more than 50 per cent of its population below the age of 25 and more than 65 per cent persons below the age 35, India, in the WHO’s report of 2018, was crowned as the ‘most depressed nation’ in the world, with a large majority of the population struggling with depression, anxiety, schizophrenia and other mental health issues.

Though the tragic death of actor Sushant Singh Rajput and the outbreak of Covid-19 have opened the doors for the much-needed conversations on mental health, we can’t deny the fact that mental health problems have been a major contributor to the burden of illness in India for long, but the sad part is these have always went unnoticed.

At the present time, major reasons contributing to poor mental health include uncertainty about future, broken dreams of moving abroad, losses in business, lay-offs, risk of contracting infection, uncertainty as to when life will come back to normalcy, concerns about family and loved ones, lack of physical activity and increased screen time. But what if we exclude risk of contracting Covid-19? Don’t you think the anxieties about future, love life, health, etc, have been taking a toll on the health of many, even before the Covid-19 struck?

However, the culmination of above-mentioned factors leads a person to take a lot of extreme steps with the most disturbing one being suicide. In the past four to five months, suicide, depression and anxiety cases have seen a huge spike and literally no one has been spared from this. The fact that a 19-year-old girl in Kapurthala on July 27 committed suicide over not being able to crack IELTS test speaks volumes about the crisis and reveals how the government isn’t solely responsible; we, as a society, are too are guilty of being complacent. And it doesn’t stop here, on July 30, a 20-year-old BBA student from the city shot himself to death as he was angry over being scolded by his father for overusing his phone and playing PUBG, an online game.

But yes there is a simple home remedy to it, if you allow yourself to follow. All you need is to let go of the very thought that ‘Log kya kahenge’ (What will people say) and try to speak your heart out to your friends, parents or whosoever you think will understand you.

“I have been receiving a large number of cases of anxiety these days and the primary reasons behind it are financial security and concerns related to one’s own well-being as well their loved ones. Earlier, due to lack of awareness and social stigma surrounding mental health issues, people usually avoided consulting psychiatrists and psychologists. However, as cases are surging these days, people have opened up and are now realising the importance of reaching out and sharing their problems,” Dr Smita Vasudev, clinical psychologist and cognitive behavioural therapy practitioner.

Dr Sanjay Khanna, assistant professor, Government Medical College, said: “Cases of depression, anxiety and substance abuse have gone up during the pandemic. If I talk about anxiety in particular, it occurs when you do not have proper knowledge about what you are thinking or thinking about things you are uncertain about. So, instead of trusting social media messages and rumours, people should read latest updates on the websites of the WHO or the Ministry of Health.”