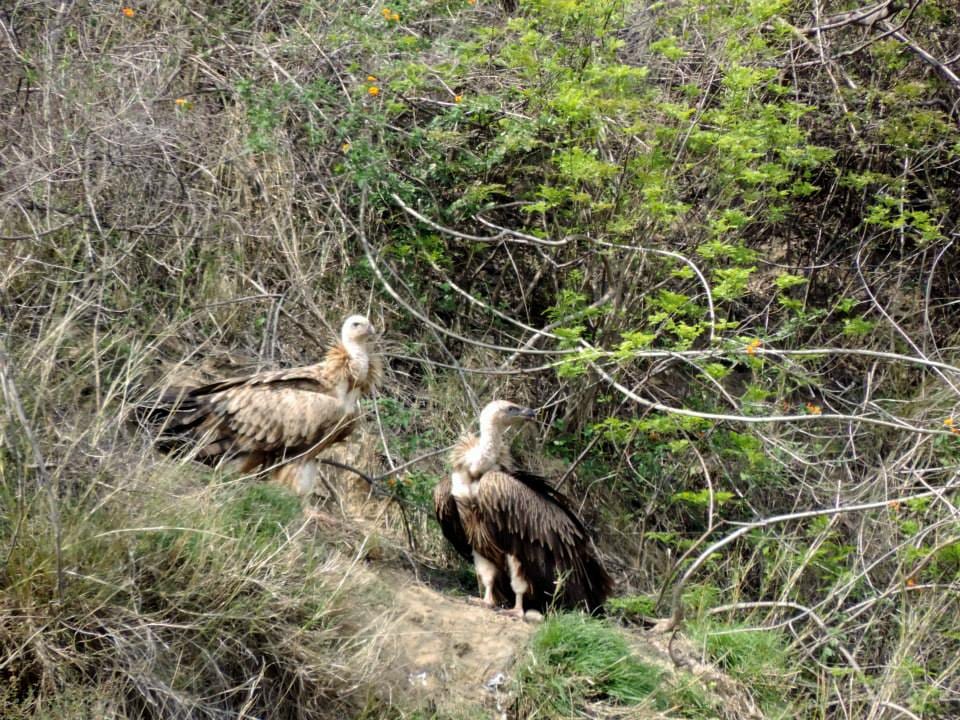 The white-rumped vultures spotted in the foothills of Shivalik Range.

On a fine afternoon in 2014, Nawanshahr-based conservator and environment lover Nikhil Senger was delighted to find a robust bunch of white-rumped vulture somewhere deep inside the Garhshankar forest range. Since then, there have been rare but regualr sightings of the bird. During his myriad excursions deep into the jungles of the Shivaliks, Senger has spotted the bird at least more than three times.

The International Day for Biological Diversity

Listed as ‘critically endangered’ by the International Union for the Conservation of Nature (IUCN), the regular sightings of the white-rumped vulture have revived conservators’ hope that the population of the bird might yet see a revival in the region.

In 2014, Nikhil found the ‘largest bird of prey’ the white rumped vulture in the world, cheerily basking with a flock of Himalayan griffons. Since then, he has witnessed more sightings.

Government sources say from Pathankot to Siswan, numerous sightings and revival efforts by the Vulture Conservation and Breeding Centre at Pinjore have had encouraging results with the bird numbers seeing a potent increase. The white-rumped vulture (Gyps Bengalensis) is one of the nine Indian vulture species declared as critically endangered.

Once common to the region, large population of the white-rumped vulture fell prey to the incessant use of non-steroidal anti-inflammatory drugs in cattle, including the notorious diclofenac, which was one of the prime reasons for the steep decline in the vulture population as a result of feeding on cattle carcasses which had been treated to these drugs since the 1990s.

By 2,000 the bird was listed as critically endangered in the IUCN Red list.

Speaking to The Tribune, Nikhil Senger said: “The spotting of the white-rumped vulture was drastically decreased. The bird population had undergone a steep decline and years had passed since we had a decent sighting. My hopes were first rekindled in 2014 when I spotted the bird in the Garhshankar reserve. Since then, I have had regular spotting. In the 2014 sighting, I saw a bunch of at least 100 to 120 white-rumped vultures along with the commonly found Himalayan griffon in the forest. Recently, someone called me, saying they had spotted some huge birds in the Mahilpur range. I reached the spot, and there they were. It is a delight to see the birds in an area where they were believed to have significantly reduced a few years ago. The regular sightings are a huge encouragement and a sign that nature is fighting back.”

Raman Kant Mishra, Principal Chief Conservator of Forests (Wildlife), Punjab, said: “It is true that there is an encouraging increase in the population of the white-rumped vulture in the state, especially in the Pathankot region as well as the Siswan Nature Reserve. A census has not been conducted but the bird population has certainly increased as compared to earlier. Migrations has also been noticed of the bird from Pathankot to Siswan and Himachal. Much of the work is being done by Dr Vibhu Prakash at the Vulture Conservation and Breeding Centre at Pinjore, which is also ensuring hatchings of the endagered birds to revive their population.”