Bhogpur Sugar Mill capacity enhanced to 3,000 tonnes of cane per day from 1,016 TCD 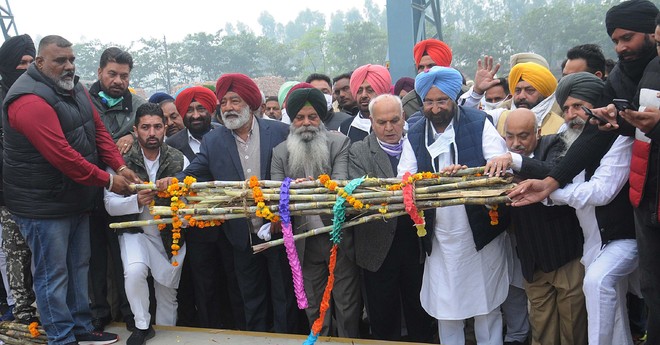 Punjab Cooperation Minister Sukhjinder Singh Randhawa on Monday inaugurated the renovated, modernised and expanded Bhogpur Sugar Mill with enhanced capacity of 3,000 tonnes of cane per day (TCD) from 1,016 TCD besides 15MW power generation plant on its premises. The crushing season was also started by Randhawa in the mills on Monday.

Sugarfed and Cooperative departments have completed the revamping of the oldest sugar mill of this region, which has led to the strengthening of the crushing capacity of this mill. Further, the new power generation plant will help in collecting additional revenue worth Rs42.50 crore, which would ensure timely payment to farmers from their resources.

Addressing the inaugural ceremony, Minister Sukhjinder Singh Randhawa said to drive out a farmer out of the traditional crop cycle of wheat and paddy, sugarcane farming holds a lot of potential, which can further encourage crop diversification in the state. Randhawa said as of now, about 1 lakh hectares of agricultural land was under sugarcane farming, adding that this area would further increase in the coming years especially after the revival of sugar mills. He said to make sugarcane farming a profitable affair and encourage farmers, the strengthening of sugar mills was crucial.

Randhawa said the state government had shifted the plant machinery worth Rs20.27 crore of closed sugar mill of Faridkot to Bhogpur sugar mill, which had enhanced its capacity from earlier 1,016 TCD to 3,000 TCD.

The 15 MW power-generation plant has also been established here, of which 8.54 MW power would be sold to the PSPCL at Rs6.29 per unit with an enhancement worth 18 paisa per annum. He said the department had signed an agreement with the authorities concerned in this regard.