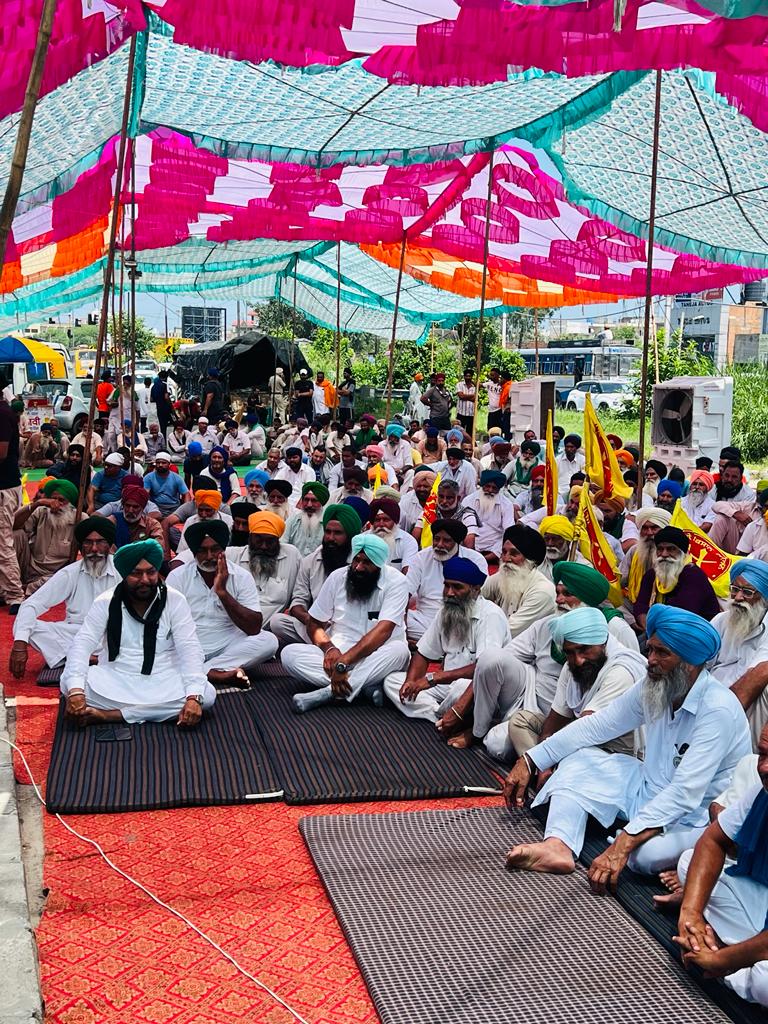 Farmers during a dharna on Thursday. Tribune Photo: Malkiat Singh

The indefinite dharna of cane growers entered the fourth day here today. The protesting farmers while giving an example of humanity and brotherhood gave relaxations to the commuters due to Raksha Bandhan festival today.

Service lanes and one side of the National Highway (Jalandhar to Ludhiana side) remained open for the people today.

The farmers continued their dharna at Sugar Mills Chowk on NH-1 (Ludhiana to Jalandhar side).

Farmers leaders, including Bharatiya Kisan Union (Doaba) president Manjit Singh Rai and general secretary Satnam Singh Sahni said a joint meeting of the representatives of around 31 farmers unions would meet at Phagwara on Friday to decide the next course of action, if their demands were not accepted till Friday.

Their major demands include immediate payment of pending dues of Rs 72 crore by sugar mills at Phagwara.