Over 5K players to take part in competitions 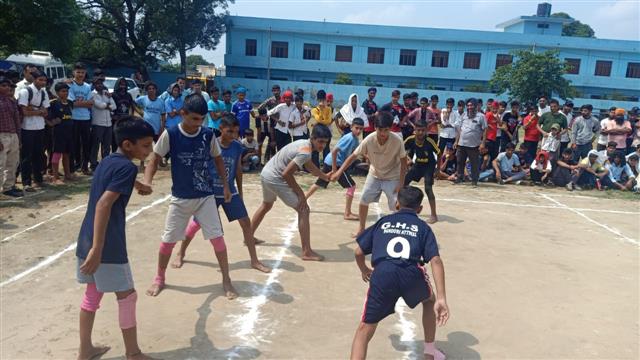 A kabaddi match in progress during the ongoing 'Khedan Vatan Punjab Dean' in Hoshiarpur. file photo

Nearly 5,000 players will take part in various district-level contests under the ‘Khedan Vatan Punjab Dean’ to be held from September 13 to 21. Kapurthala Deputy Commissioner Vishesh Sarangal said more than 7,000 players participated in the block-level competitions which were organised from August 29 to September 6. He said now 5,000 students and youth would participate in the district-level competitions as adequate arrangements had been made by the district administration for the competitions to be held at different places in the district.

Competitions in athletics, basketball, kho-kho, kabaddi, hockey and volleyball will be held at the Guru Nanak Stadium, Kapurthala, from September 13 to September 15.

The handball competition will be held on September 13 at Sri Anandpur Sahib Khalsa Academy, Lakhankalan, whereas the kick-boxing contest on September 15 at Rail Coach Factory, Kapurthala. The DC said the district-level winners will represent Kapurthala in the state-level competitions.