Say prepared for long haul as it is question of livelihood 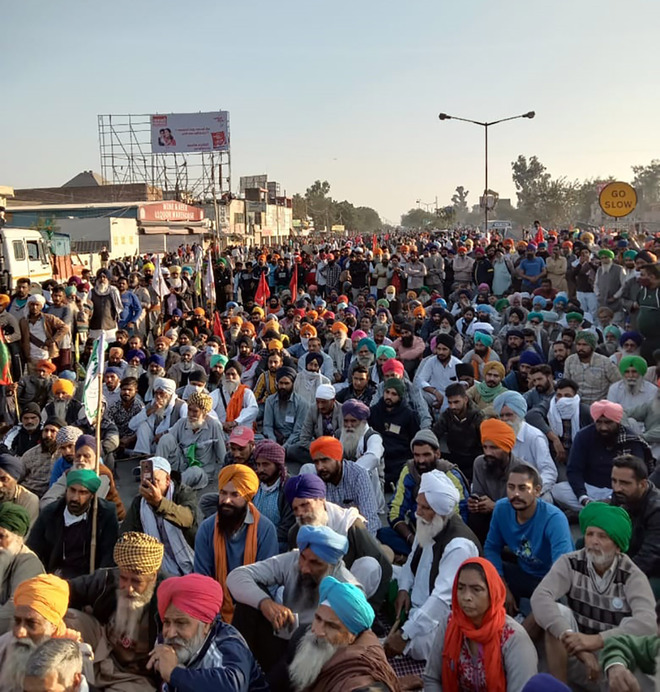 Thousands of farmers from Doaba have left for Delhi to participate in the farmers’ agitation against the agri laws introduced by the Centre. Farm activists from the Kisan Mazdoor Sangharsh Committee, the Bharti Kisan Union and the Doaba Kisan Union reached Delhi. Around 150 tractor-trailers from Nawanshahr reached the protest site.

The Alliance of Sikh Organisations had been extending support to protesting farmers. While Phagwara-based volunteer Sukhdev Singh Phagwara visited the protest site, a number of volunteers were coordinating for smoot movement of farmers at Kundli border.

Singers and intellectuals, including Kanwar Grewal, Veer Singh, Sukhpreet Singh Udhoke and Lakha Sidhana, among others had been extending support to farmers.

Sukhdev said, “Demonstrations are getting support from farmers, singers and intellectuals as well. Our volunteers are coordinating and will be available as long protests go on. Before ‘Dilli chalo’, we held a series of morchas in Patiala, Garhdiwal, Ludhiana and Hoshiarpur. From Doaba, members of the Bharti Kisan Union among other farmers’ groups have reached the protest site.”

Kuldip Singh, chief, Doaba Kisan Union, who has stayed put at Kundali border said farmers were going to protest until the government agrees to revoke the farm laws.

Kuldip said, “I have left behind my farm, mother and two daughters to protest here. It is about withdrawal of all three farm laws. On a chilly winter evening, there are around 2 lakh farmers here. Samaritans are supporting us. People have set up langars and those from Delhi come to offer us tea and food. We are not going to budge. For us it is question of our livelihoods.”

Salwinder, a farmer of the KKSC said, “Around 1,000 farmers from our union have left for Delhi. We have just returned from a morcha being held at Jandiala Guru and will be leaving for Delhi. Various jathas will leave for the national capital in turns. A jatha from Amritsar has left for Delhi today and others will be leaving in coming days.”