Says those violating government orders will have to face the music 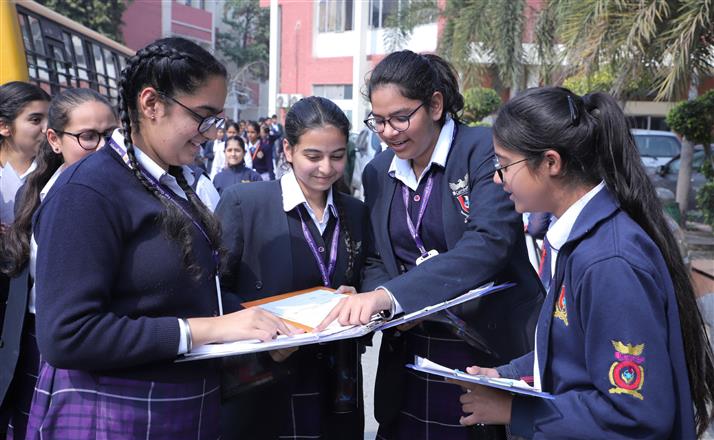 Even as the Punjab Government in its notification issued in April this year has strictly ordered the private schools not to force the parents to buy books and uniforms from any specific shop, the practice is still going on unabated.

Acting on the complaints received from the parents, the District Regulatory Body (DRB) for unaided educational institutions made a random check via phone call on several schools while posing as parents, and found that schools have been recommending particular shops where the uniform is available.

Talking to this correspondent, Manu Jindal, a member of DRB, said they had received complaints from parents regarding uniform availability only at designated shops recommended by schools. He said to crosscheck parents’ claim, he made a random call at the front desk or reception of some popular schools in the district, posing as a parent, and found that a few schools still hadn’t learnt the lesson.

“Schools namely Apeejay and Mayor World have been found violating the government orders of recommending specific vendors to the parents to buy uniforms. Posing as a parent, I called on the front desk of these schools and inquired about the uniform. Surprisingly, the schools gave the name and address of specific shops where the uniform was available,” said Jindal, adding that both the schools would be summoned to the DRB chairman’s office in this regard.

He said similar violation was also found at Cambridge International, Co-Ed School, earlier, and they then issued it a warning. He said apart from this, the parents have brought the issue of changing uniforms within a very short span. “Besides, it has been observed that some schools sometimes make changes in logo or add simple stripes in shirt or blazer, etc, and say those who could afford should purchase the new uniform, and those who couldn’t afford, they ask them to buy it till the next session,” he added.

Jindal said such a move of the school management was unacceptable as it put undue pressure on students whose parents couldn’t afford to buy the uniform, and they tend to avoid interacting or sitting with students who already have purchased the new set of uniform.

The DRB has decided to set certain guidelines for the schools in regard to change of uniform. The schools cannot change uniforms within a very short span as it puts an additional financial burden on parents. — Manu Jinda, Dist Regulatory Body member