Driver, conductor among 22 injured as bus rams into tree : The Tribune India

Driver, conductor among 22 injured as bus rams into tree 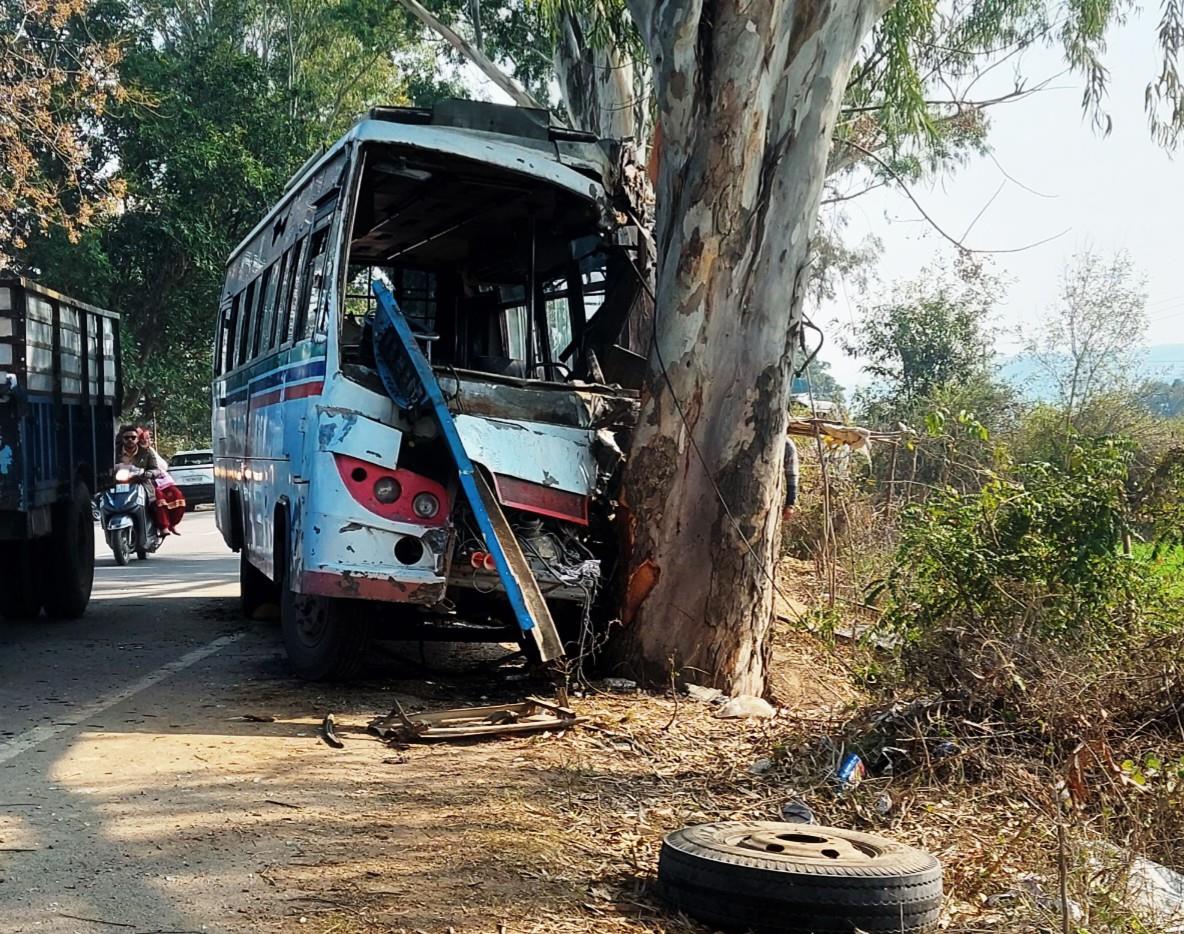 The ill-fated bus that rammed into a tree near Talwara on Monday.

A private bus rammed into a tree near Adda Jheer da Khuh on the Talwara Road. The bus, which belonged to a private company, was going from Talwara to Dasuya.

As many as 22 persons, including the bus driver and the conductor, suffered injuries in the mishap.

According to information, when the bus reached near Jheer Da Khuh, the driver accelerated to pick up passengers. As a result, the bus driver lost control over the vehicle and rammed it into a tree on the roadside.

Passersby rushed in and evacuated all passengers from the bus. The injured persons were taken to the Government Hospital, Hajipur. Some of the patients were referred to the Civil Hospital, Mukerian, owing to their serious condition.

The bus driver, however, claimed that some fault in the vehicle was stated to be the reason behind the accident. The Talwara police reached the spot and initiated investigations into the matter.