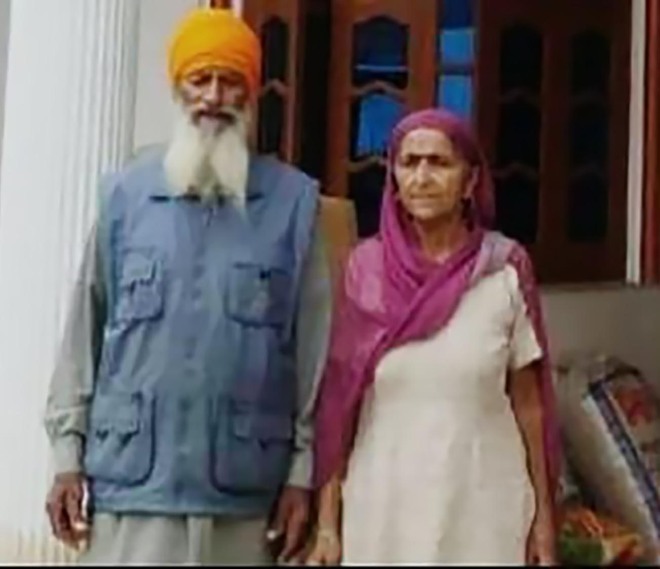 The victims, identified as Jarnail Singh (75) and his wife Joginder Kaur (65), were found lying in a pool of blood by their neighbours.

An elderly couple was found brutally murdered in their house at Shikarpur village in Sultanpur Lodhi here this morning. There were deep cuts on the victims’ necks.

The victims, identified as Jarnail Singh (75) and his wife Joginder Kaur (65), were found lying in a pool of blood by their neighbours, who informed the police about the incident. The couple had been living alone for the past many years. The couple has two sons, one is living abroad and the other (Balwinder Singh) runs a medical shop in Sultanpur Lodhi.

The police are clueless about the assailants. SP (Headquarters) Mandeep Singh, SP Sarabjit Singh, Sultanpur Lodhi DSP Swaran Singh Bal and SHO Sarabjit Singh reached the spot to inquire about the incident. The police said that they were exploring all angles to investigate the blind double murder case. Teams of forensic experts and dog squads had been called in. Fingerprints too were taken in the house and all CCTVs in the area were being scanned.

Victim Jarnail Singh’s cousin Gian Singh said when he came to their home this morning, he found the couple murdered. “After the attack, sacks of grains were used to press their bodies and suffocate them to death. There were injury marks on the back of their ears as if they had been attacked with a sharp-edged weapon,” he said.

Villagers said some looters could be behind the incident as the belongings of the couple had been found to be ransacked. The police did not investigate the case from that angle.

While the police suspect that it could also be a case of vengeance, his son Balwinder Singh denied any such possibility. DSP Swaran Singh said a case of murder against unknown persons had been registered. “We are investigating it and will apprehend the accused at the earliest,” said the DSP.