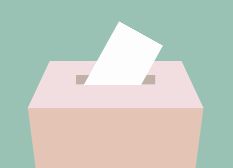 Directing all Returning Officers to ensure timely transmission of postal ballots to service voters, Deputy Commissioner Ghanshyam Thori on Thursday said there were 1,881 service voters in the district and their participation in the elections would be ensured through electronically transmitted postal ballot system (ETPBS).

In a meeting held with all Returning Officers and Infotech officials entrusted with the task, the DC ordered that the service voters of the district posted at various locations would get their postal ballot electronically and they would dispatch the same through post. He said the Returning Officers and their teams had already made necessary preparations in this regard to accomplish the task without any glitch.

Meanwhile, after the meeting Additional Deputy Commissioner (D)-cum-Additional District Election Officer Jaspreet Singh along with the Returning Officers took a round of the EVM dispersal/collection centre, the EVM strongroom and the site of counting centre earmarked for the Vidhan Sabha polls 2022 in the nine constituencies of Jalandhar.

The ADC stated that after voting on February 14 the counting of votes would take place in the district on March 10 at State Patwar School, Director Land Records, Gymnasium Hall and Sports College. He said votes of Phillaur and Nakodar constituencies would be counted at State Patwar School.

Jalandhar: Deputy Commissioner, Excise, Jalandhar Zone, Jaskaran Singh Brar has directed the liquor vendors in the district to strictly follow the guidelines of the Election Commission of India (ECI) during electioneering otherwise the requisite action would be initiated against them in case of any violation. Brar said immediately after the imposition of the Model Code of Conduct, 48 enforcement teams led by Excise and Taxation officers had been constituted in all districts falling in Jalandhar Zone to keep a close watch on suspicious activities in the region. Besides, 14 nodal officers had also been deployed under special vigil to check the smuggling of liquor from other states, he added The DC also said Jalandhar Deputy Commissioner Ghanshyam Thori had already held a meeting with liquor vendors and traders to apprise them of the guidelines. He said they had been directed to comply with the said directions without any fail otherwise the requisite action would be initiated. He said the hotels, restaurants and bars falling in Jalandhar Range-2 were being checked by the excise teams. The teams seized unauthorized liquor from three restaurants/ bars in Amritsar and one in Jalandhar recently and took action under the Excise Act. Pertinently, the Excise Department teams also recovered lahan in a large quantity in Jalandhar, Amritsar, Tarn Taran, Gurdaspur and Hoshiarpur in December and destroyed it. He said in December, 19,39,042 kg of lahan, 3,694.93 litre of illicit liquor and 11,480 litre of smuggled liquor were seized. TNS