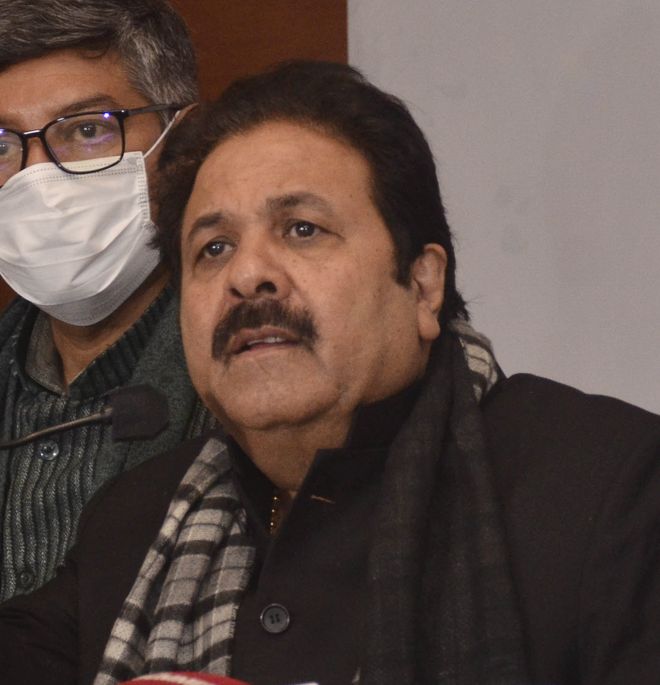 Asserting that any kind of rebellion-like attitude being seen among the party leaders at some seats after the release of first list of 86 candidates would get quelled shortly, Congress leader Rajiv Shukla today said there was nothing for the party to worry about.

Shukla along with minister Pargat Singh, and party leaders Tajinder Bittu and Balraj Thakur today addressed the media and released a kisan booklet Aamdani na hui dugni, dard sau guna (Income did not get doubled, pain multiplied 100 times). He said: “The Narendra Modi government and the BJP have attacked the farmers in whose hands the fortune of the nation lies and the Punjabis will pay them back in the same coin.”

Asked about senior party leaders going into rebellious mode seeking ticket either for themselves or for their kin, Shukla said this was nothing unusual this time. “It happens every time and in all parties. All this noise will eventually get settled. Everyone will fall in line,” he maintained.

Over the issue of recovery of Rs 8 crore cash from the residence of CM Charanjit S Channi’s relative by the ED, Shukla said: “ED is just a tool in the hands of the BJP ahead of the poll. They tried intimidating leaders in West Bengal too. There has been no follow-up of the raids ever since. Now they have forgotten to conclude those recoveries and take any further action in those cases.”