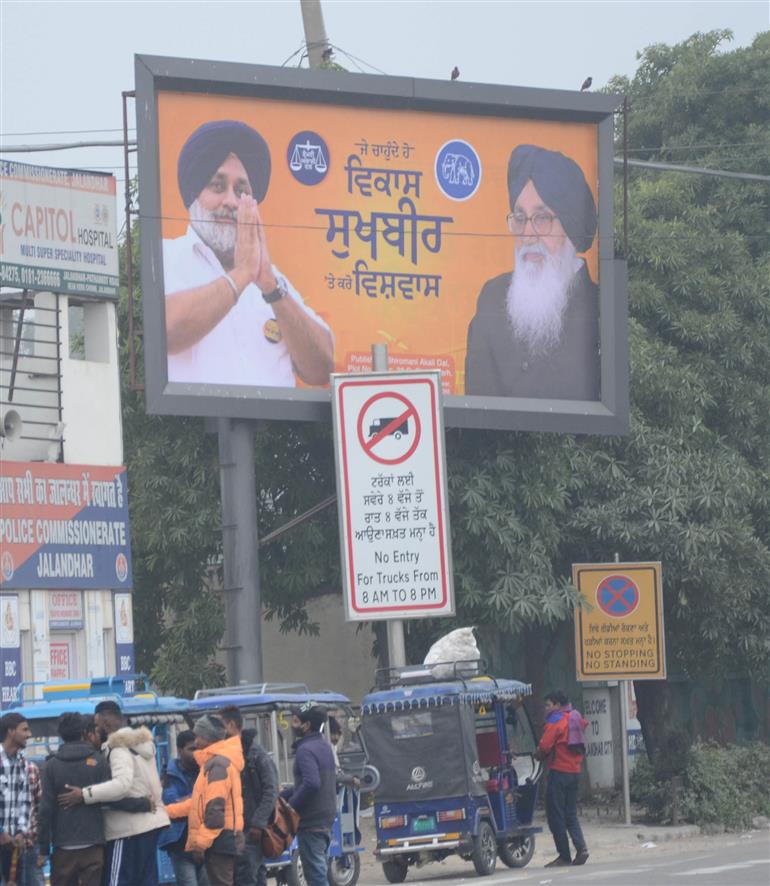 After SAD chief Sukhbir Badal’s recent hoardings portraying his solo picture and a slogan ‘Sukhbir karega vikas’, new hoardings of Akali Dal are now being put up across the city. The new hoardings also bear the picture of ex-CM Parkash Singh Badal and have the slogan ‘Je chahunde ho vikas, tan Sukhbir te karo vishwas (If you want progress, impose faith in Sukhbir). Even as the flexes that were put up in the background of the joint rallies organised by SAD and BSP had the pictures of BSP supremo Mayawati, her photos are so far missing from the hoardings in the town being put up by the Shiromani Akali Dal.

Youth Akali Dal leadership in the district, however, chose to use the hoarding campaign of the Congress to attack the ruling party. Standing along one such hoarding in the city, YAD chief Sukhminder S Rajpal and his team used placards to take a jibe and ask, “If the Congress has a ‘Navin soch’ (new thought) now, was it fooling Punjabis with its old thought for the past five years of its rule?”