He also raises NRI issues, including direct flights to Punjab 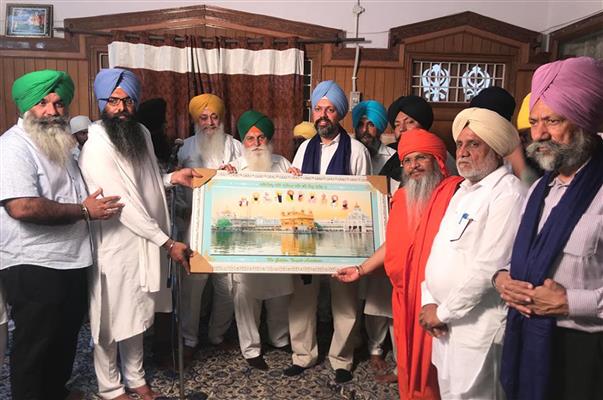 Various farmers unions honoured Tanmanjeet Singh Dhesi, MP from Slough, UK, at an event in Mauli village, Phagwara, on Friday for raising the farmers’ issue vociferously on the floor of the British Parliament during debates and questions during ‘Kisan Andolan’.

At this special programme organised by Bharatiya Kisan Union (Doaba), farmer leaders and supporters of the Sanyukt Kisan Morcha gathered in large numbers to show their appreciation for those who had shown solidarity during the largest protest on the planet. Dhesi spoke at length on the NRI support for the Indian farmers and the daily information updates he had received from many, especially his uncle Paramjit Singh Raipur, member SGPC, from Adampur.

Dhesi said he had organised an initiative by drafting a letter which was signed by 36 MPs to the UK Foreign Minister so as to raise the human rights issue of the peacefully protesting farmers with the Indian Foreign Minister, which he duly did.

Interacting with farmer leaders, he said he had penned another letter to UK Prime Minister Boris Johnson, signed by over 100 British MPs, to ensure that farmers were not mistreated by the authorities, when footage of the tear gas and lathicharge became viral.

In his address, Dhesi raised various NRI issues, such as the need to have more direct flights from the UK to Amritsar and Chandigarh. UK MP also highlighted other ongoing work that he was leading on, involving constructing a memorial in central London for Sikh soldiers who served during the World Wars and promoting the marital art gatka by holding annual UK Gatka Championships since seven years.