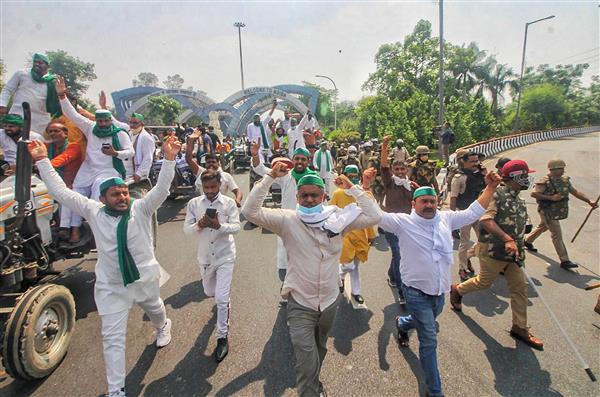 On November 26, farmers will be leaving for New Delhi to protest against the Central Government. Spokesperson of Bharatiya Kisan Union (Doaba) Satnam Sahni said thousands of farmers will leave for the national capital from Doaba.

Farmers have started a campaign, under which they are visiting villages and people asking them to join the protest at national level.

Farmers said they will go to Delhi in tractors, which will have everything from food to cylinder, chulha, blanket and clothes. Not only this, they will also install a tent in the tractor. One of them said: “It will be our home during the protest.”

“More than 150 tractors will leave from Phagwara alone. We are getting a good response from everyone. Almost every person in the village knows about our struggle and the pain that we are going through. So, they have assured us that they will definitely come with us to New Delhi,” said Davinder Singh, a farmer.

Numerous meetings are being held and non-stop announcements from gurdwaras being made to highlight the issue and tell people of remote areas how farm laws passed by the Parliament would harm the farming community. “We have prepared ourselves and are also asking others to support us in this fight,” a farmer from Phagwara said.

A lot of preparation was done by farmers for the success of Punjab bandh. A mass movement was started in the state and farmers had done immense work on the ground to reach out to every person, who had no knowledge about the farm laws, protesters said.

Kirpal Singh (50), a member of the Bhartiya Kisan Union (Doaba), said days have passed since he interacted with his family, as he was busy preparing a strategy for New Delhi.

“We are sure that it will be a great success as everyone is with us in this fight,” he said.