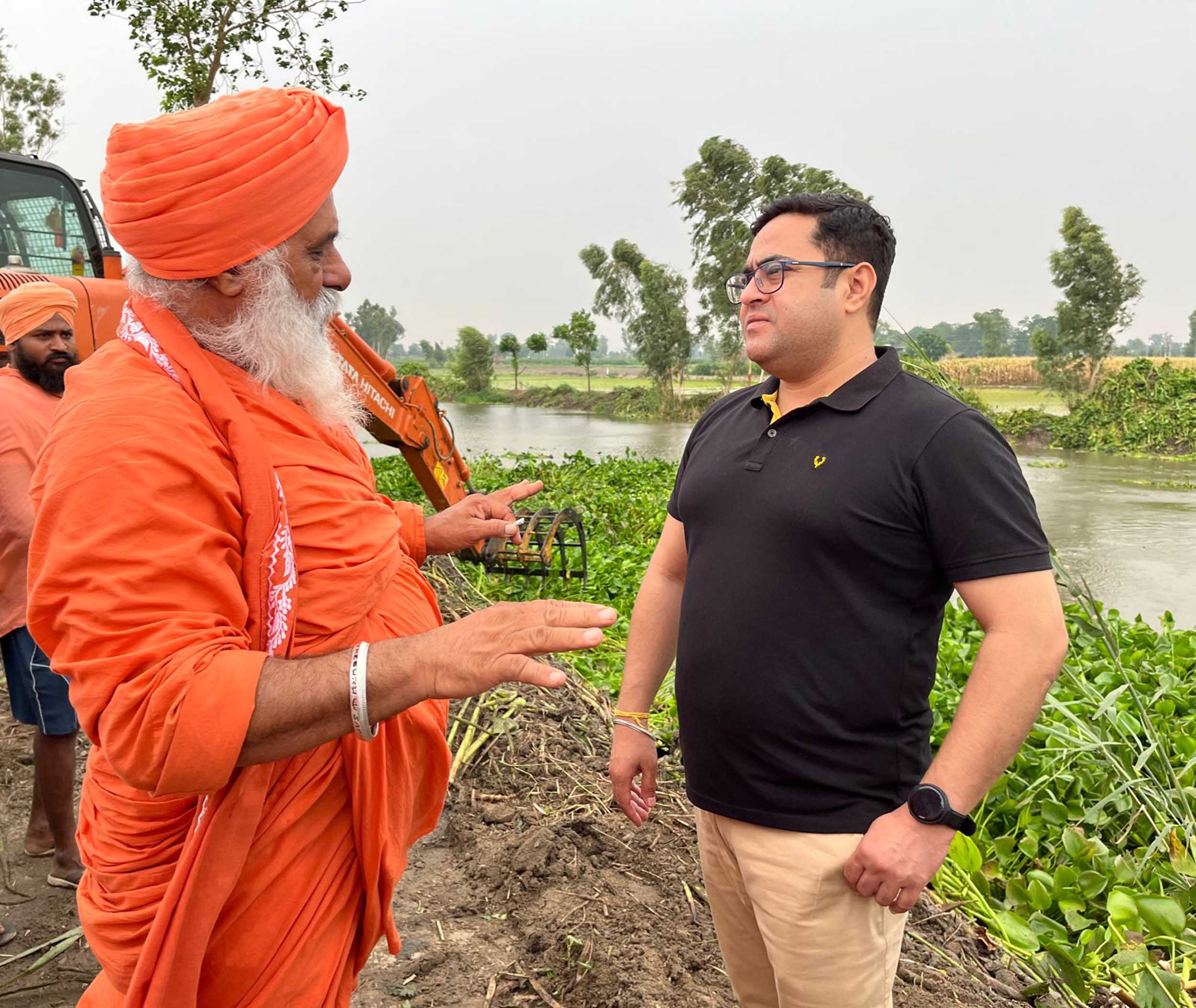 DC Vishesh Sarangal said the district administration had prepared an action plan to tackle natural calamities. He directed the authorities concerned to identify govt buildings, shrines, religious places, etc., so that people can be evacuated to safer places immediately in case of any exigency.

On the occasion, the DC met Rajya Sabha member Sant Baba Balbir Singh Seechewal at Sultanpur Lodhi. He lauded the work of cleaning the sacred Kali Bein river done under Seechewal’s leadership. The Deputy Commissioner directed the officials to expedite the work of strengthening the identified weak points along the Dhusi embankment.

Further, the Irrigation Department was directed to report on the release of water from the Pong Dam and the water flowing in the river on a daily basis, besides setting up a district-level control room.

He said the situation in the district was normal, but as a precautionary measure, the district administration had issued instructions to all the department officials to remain vigilant and make arrangements in advance.

The Deputy Commissioner said the district administration had prepared an action plan to tackle natural calamities. He asked the SDMs concerned, the Revenue Department and the Irrigation and Drainage Department to work together for better coordination so that immediate action could be taken as required.