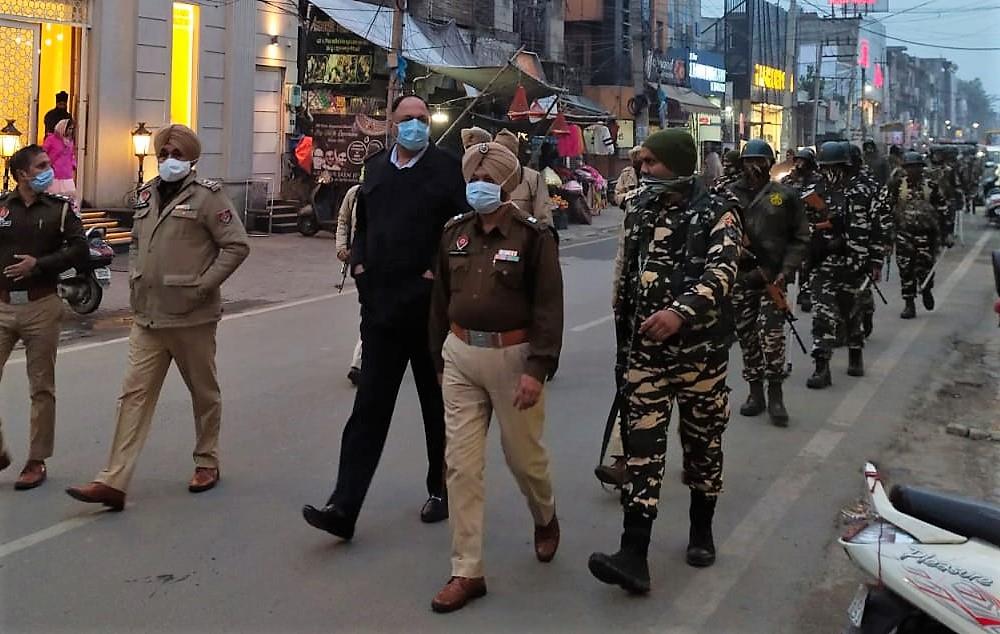 In view of the assembly elections, flag marches were taken out under the leadership of respective returning officers and police officers in all the assembly constituencies of the district so that the election process could be conducted peacefully by further strengthening the law and order situation.

On the other hand, Deputy Commissioner-cum-District Election Officer Apneet Riyait said in view of the elections, all security arrangements have been made in the district so that people do not face any kind of trouble. She said that in all the seven assembly constituencies of the district, Hoshiarpur, Garhshankar, Chabbewal, Urmur, Sham Chaurasi, Dasuya and Mukerian, the returning officers are ensuring security in coordination with the DSPs concerned.

Orders have already been issued for a ban on carrying weapons in the district. Along with this, licensed weapons are also being deposited. Checking has been started by putting nakas inside the district limits, and the checking will be further intensified in the coming days. Apart from this, checking has been increased by setting up nakas in the villages and at all the link roads falling on the Himachal Pradesh border.

District Election Officer Apneet Riyait reiterated the district administration’s firm commitment to maintain law and order at all costs. She said efforts had been made to make the security system more accountable and efficient for conducting free, fair and transparent elections in the district and the main focus of the administration is to prevent crime and create a sense of security among the residents.

Riyait said in the coming days many companies of para military force are going to arrive in the district.