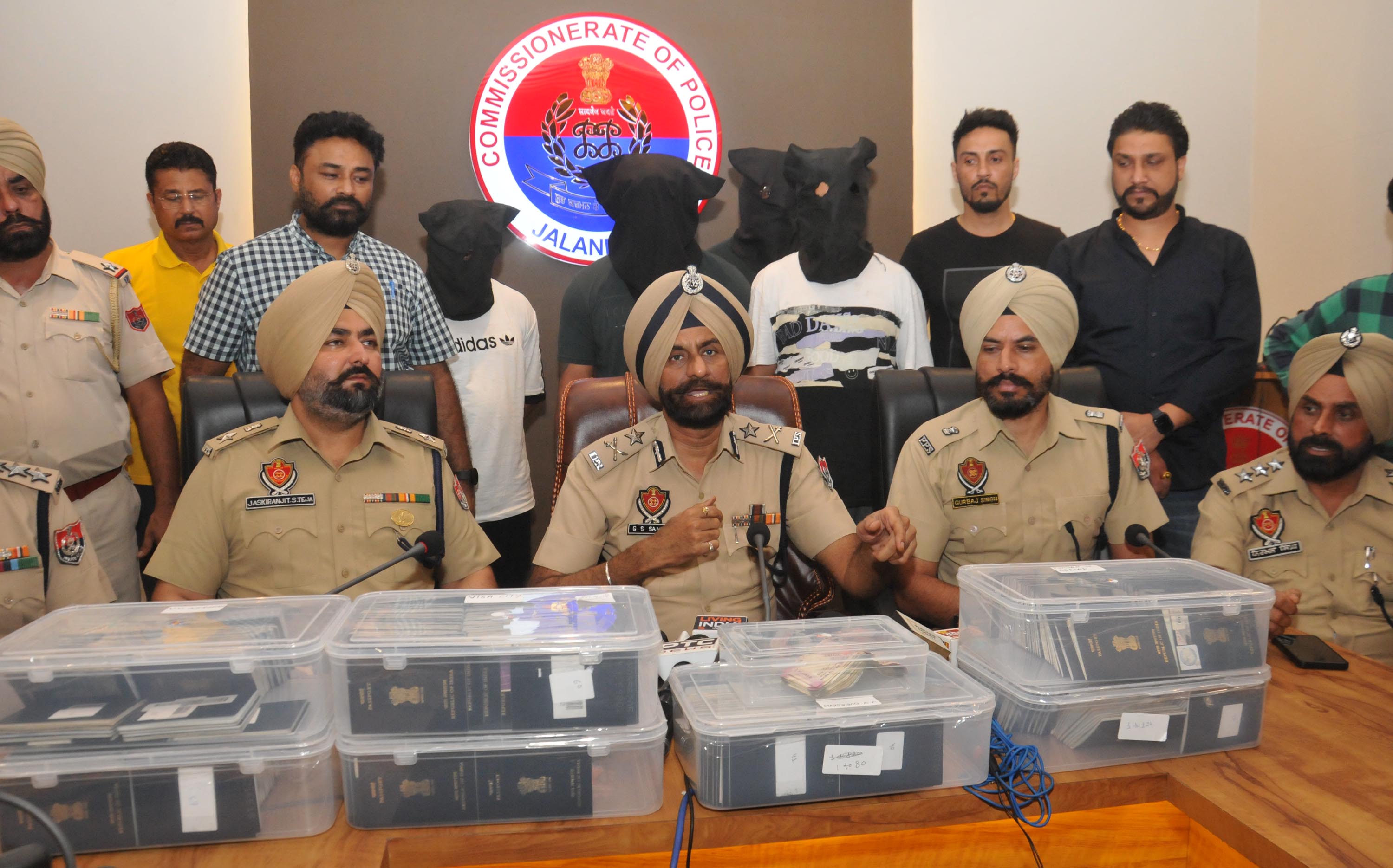 In a major crackdown on unauthorised travel agents, the Commissionerate Police on Wednesday busted a gang involved in duping people on the pretext of sending them abroad. The police have seized 536 passports besides Rs 49,000 cash, a laptop and three computer systems from their possession.

Sandhu said the police raided VV Overseas and arrested Amit, Nitin and Sahil. Sandhu. After their interrogation, the police nabbed Tajinder Singh and recovered 536 Indian passports and Rs 49000 cash, a laptop and computers from the premises of other agencies. When asked how many students so far have been cheated by these agents, Sandhu said the investigation in the case was underway and the nexus of such unauthorised agents would be exposed soon and others, if any, involved in such illegal activities too would be arrested.

He said a fresh case under Sections 406, 420, 120-B of the Indian Penal Code and 13 of Punjab Travel Professions Regulation Act, 2014, had been registered against them.

Accused have criminal past