Freed from Kapurthala potato farm, child worker wants to be a doctor : The Tribune India

BBA brought mother from Bihar to reunite her with son 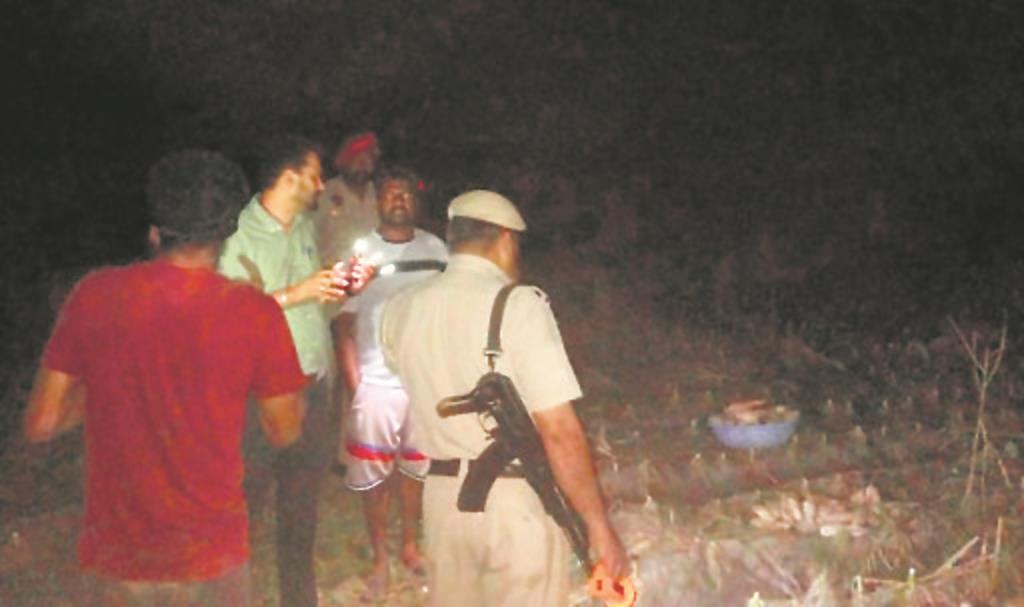 The team that raided the Kapurthala potato farm. file

“Hum dobara Punjab nahi avanga,” says the 12-year-old child who was rescued on Monday night by a team of the Bachapan Bachao Andolan as well as Punjab and Bihar police. Now free from labour, he wants to be a doctor.

While the child has found a new lease of life after being rescued from his hard labour in potato fields at Kapurthala, the first thing he says is he will never return to the state again.

His mother comes from a family of landless labourers living on government land. The mother, who supports five children, ventured out from a remote village on the Indo-Nepal border for the first time in her life to look for her child.

It took relentless persuasion for a team of BBA actvists over a few months for his grief-stricken mother to dare to leave her village to find her son. The BBA actvists said the moment mother and child reunited on Monday was emotional for even the most stoic of hearts.

The boy’s father died a few years ago and his elder brother works as a labourer in Ludhiana. The mother also works in fields in Bihar for a daily wage of Rs 40 to Rs 50 per day. With difficulty in making ends meet, the boy was sent on being lured by a Bihar-based middle man on false promises — an agent currently arrested in the April 2022 child labour case.

While the child was not paid through his stay at farms, the labour department in Kapurthala recovered Rs 84,000 of pending wages of the child on the day of the raid. That money has been deposited into the mother’s account.

The child’s mother said, “Ghar mein dal roti nahi jut pata hai isilye bheja bacche ko (We can’t manage food at home, that is why I sent my child to work). I was told my child will be taken away for six months to do jharoo-pocha work in Punjab. Six more children from our village have been brought here. We were given Rs 1,500 in advance and told the child would return in six months. Our child had gone in January 2021.”

Mukund Chaudhary, Assistant Project Officer, Bachpan Bachao Andolan, Sitamarhi (Bihar), who helped the mother and brought her safely to Punjab along with a sub-inspector said, “At the ground level, amenities are not available in the village. Most children being trafficked are from the Dalit community. Girls as well as boys are not educated due to poverty. The mother spent months requesting the panchayat to get her child freed. It was with our help that the FIR was registered at Bihar. She was scared to come amidst threats.”

The 12-year-old who has been freed from a harrowing experience, told Jalandhar Tribune, “I want to study now. I want to be a doctor. I will not return to Punjab.”

The child added, “4 baje subah goha chukvata tha, pashu ka kama karvata tha, pani lagvata tha, kheton mein kaam karvata tha (they woke me up to pick cowdung at 4 am in the morning and I worked with the cattle, watered fields, sowed crops). I worked at two-three places. We worked till late in the evening till about 6 pm and slept at 8 or 9 pm. We got two meals a day which comprised roti-sabzi. I used to sleep at the zamindar’s dera in the night with another labour who was an adult. A few months back, we were beaten up if we asked to go home and were badly abused. I was not paid all this time. I was allowed to venture out of the fields, but due to no money in hand, I couldn’t escape. There were 15 more kids of my age at the farm who were mostly from Bihar.”