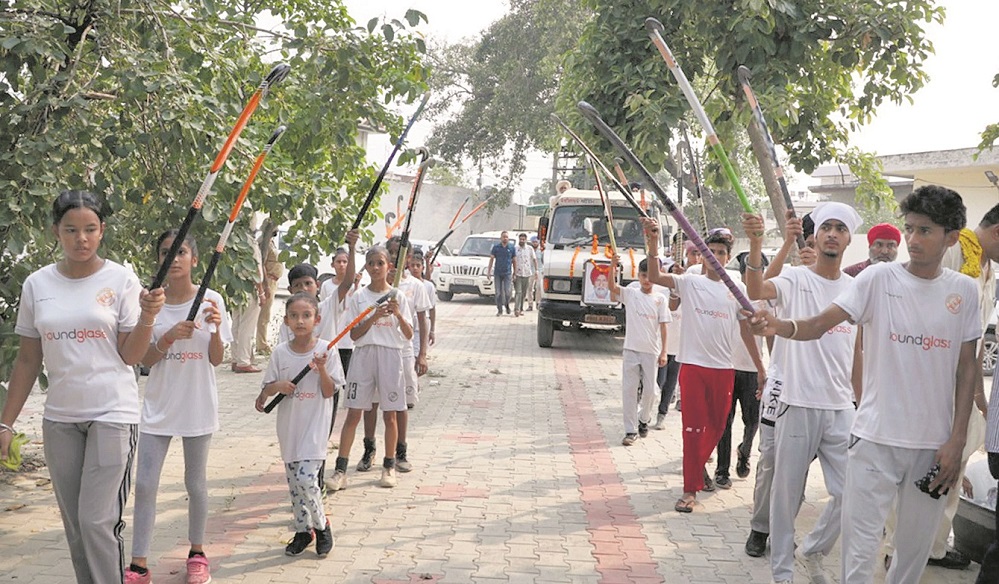 “How could someone his age come to train on his scooter covering a distance of 8 km amid this sweltering heat without a break,” fondly remembers Jasdeep Kaur, a national-level hockey player who was being trained by Olympian and recipient of Dhyan Chand Award for Lifetime Achievement Varinder Singh who breathed his last in Jalandhar this morning. He was 75.

When Australians saw danger in him

Iqbal Singh Sandhu, sports whistle blower, shared an interesting anecdote. “Once there was a match between Indian hockey team and Australia. As Varinder was short in height, he heard Australian players commenting on his height that he was a ‘tiny man’. After this, he started the game and dodged the ball for several minutes which made them (Australian players) go crazy. The players then said that he was a 'dangerous man'. Varinder Singh himself told us this.”

Humbled, down to earth, punctual, and a good human being, this is how stalwart students and friends described him. Varinder had also given training to the Tokyo Olympics fame Gurjit Kaur, who had scored several goals.

Just a week ago before he fell ill, Singh was coming regularly to Lyallpur Khalsa College to give training to girls. “He would come 15 minutes early than the actual training time. This is the one life lesson I think I will always follow,” an emotional Jasdeep Kaur added.

“Kade vi eh nahee kehna, ki main thak gayi, nai te kal vi usi mann naal aaoge (After the completion of the practice session, you should not say that I am tired, because it will impact your mood and you will come next time with the same mindset. Always say I am fit, I enjoy the practice and I will do it tomorrow again, only then you will be able to excel,” shared the hockey players who were getting training under him.

Pawandeep Kaur, another player, said she had been learning from the veteran for the last three years. “I actually learnt the meaning of hard work from Varinder sir. He would always ask us to concentrate on hockey and work on our weak points,” Kaur shared.

The association of Kulbir Saini, office secretary of Hockey Punjab, with Varinder Singh is 20 years old. He also reminisced, “I have not seen anyone so punctual like him. Whenever he would train young players, I would often sit, observe and learn from him. When he was around, I would prefer just looking at the style of teaching,” he shared.