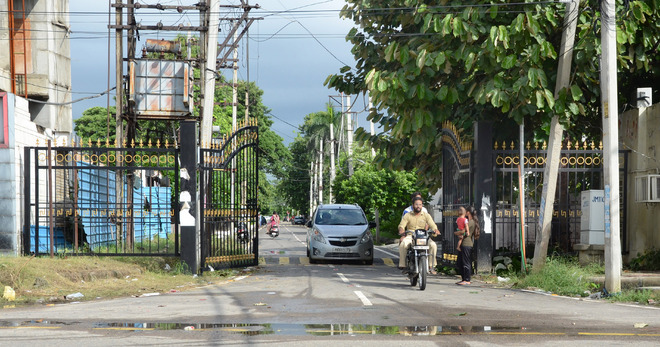 An illegal gate installed in Model Town, which had become a bone of contention between residents and authorities, has been finally opened.

The gate had been installed on a road near Geeta Mandir. While several colonies across the city have gated roads, but managements of all such areas ensure that they keep the gates open during the day and close them only at night for security reasons.

But the gate near Geeta Mandir had become a sort of a temporary wall and used to remain locked 24X7.

Residents and commuters, who had been protesting on social media, maintainend that it was illegal to raise any kind of obstruction on a public road for any sort of personal inconvenience.

Irked residents had been blaming a hotelier, closely associated with ex-CM Capt Amarinder Singh, for the same alleging that his house was situated on this stretch and the blockade had been done on his insistence.

Residents taking a jibe said within days of resignation of Capt Amarinder Singh, the gate has been opened.

The issue had taken a political colour, especially after Jalandhar Cantt MLA Pargat Singh, in whose constituency the area falls, had written to Municipal Corporation Commissioner Karnesh Sharma asking him to get the gate opened for the convenience of residents. Residents had lodged numerous complaints on the matter with the Commissioner as well as Mayor Jagdish Raja, but both had been doing only lip service.

The issue had been taken up residents on Facebook community page of Jalandhar ‘NoticeBoard – Jalandhar by Tinu Luthra’. They had been venting out their ire on this page earlier. The page has 93,600 followers.

Sumit Arora, a resident, mentioned that the gate was just an example how the bureaucracy was fully controlled by politicians.

Gurpreet Singh, another complainant, said, “As the ruler just changed, now they have got the guts to act and open the gate.”