To take practical exams from Jan 20, theory from Jan 27 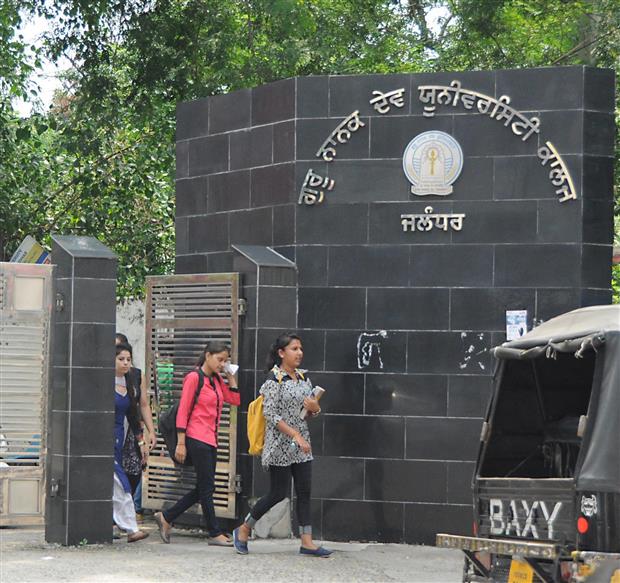 With the entire schedule of examination getting delayed by nearly five weeks owing to a recently concluded strike by the college teachers, Guru Nanak Dev University has decided to shift to the online mode.

As per the schedule announced today, practical examination of all first, third and fifth semester students studying in undergraduate, postgraduate and diploma courses will be held from January 20 to 25 in online mode. All written online examination will be conducted from January 27 onwards. The practical examinations of the students as per the previous pre-strike schedule were slated to be held from December 15 onwards.

Since the Punjab and Chandigarh College Teachers’ Union had gone on strike against the state government from December first week onwards demanding implementation of the 7th Pay Commission of the UGC, the examination had to be postponed. The exams at that time were scheduled to be held in offline mode. Since the strike kept on getting extended, the students remained in a dilemma about the mode and the new schedule of examination for over a month. Even the principals’ association had joined the teachers in their protest.

The demand of the teachers was not fulfilled by the government till the implementation of the poll code on January 8. After that, the teachers finally chose to end their strike and the GNDU officials took a week’s time to decide about the final examination schedule.

While IKGPTU and Panjab University had announced to shift to online mode last month itself, the GNDU authorities kept insisting for long that they would be taking offline examination only. But since it could not somehow be possible as the campuses are lying shut due to steep rise in the Covid cases, the GNDU officials, too, today settled to announce that the mode of examination would be online.

Dr GS Samra, Principal, Lyallpur Khalsa College, said he had received the examination schedule today from the university. “The university officials will upload the datesheet for all courses in a day or two on the GNDU portal. We will also communicate the students all the details on their WhatsApp groups,” he said.

The college authorities are expecting the even semester classes for the next semester to start from the last week of February or the first week of March, which would imply a delay of five weeks or so.