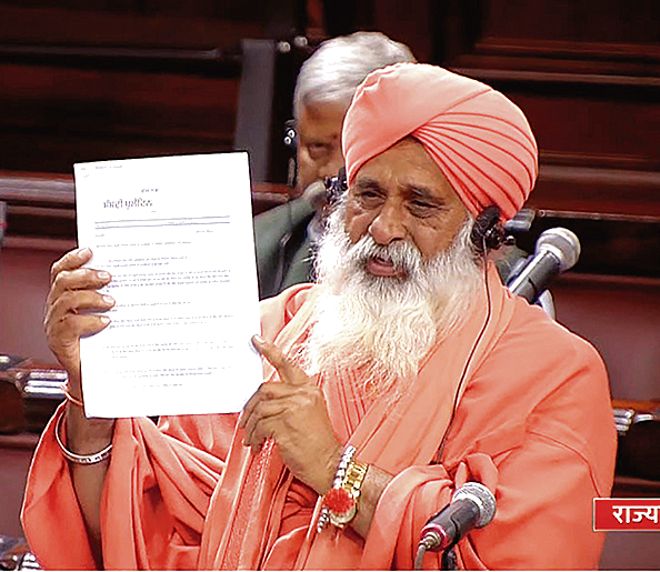 During the ongoing winter session of the Parliament, Rajya Sabha member and environmentalist Balbir Singh Seechewal raised concerns over Punjab’s water crisis and appealed to the central government to help Punjab and its farmers. On the second day of the ongoing session, Seechewal warned about the deepening water crisis in Punjab.

Referring to a report of the Central Ground Water Board, he said the report was released five years ago. According to the report, by the year 2039, the ground water level in Punjab will deplete up to 1,000 feet. He said Punjab had water left for 17 years only.

Presenting statistics about Punjab, he said 80 per cent agriculture in the state is being done with ground water and the remaining 20 per cent with canal water. According to the report of NITI Aayog, out of 133 blocks in Punjab, 109 blocks have been declared dark zones. At present, 100 million people in about 21 states of India are facing drinking water crisis.

Referring to Tamil Nadu’s 2019 water crisis, Seechewal said a special train with 50 bogies had to be run to overcome the water crisis.

He said keeping the water issue in mind, concrete measures should be taken to stop its wastage so that the posterity and present generations did not face any problem.