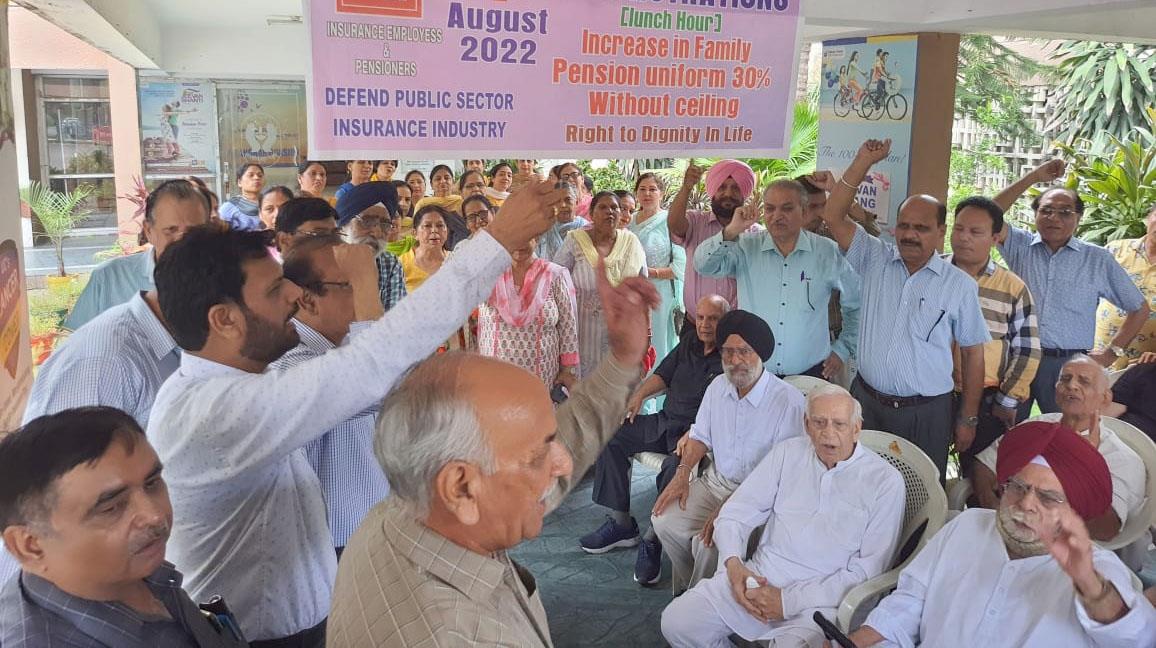 Pensioners stage a protest to press for their demands in Jalandhar on Thursday. Sarabjit Singh

Addressing the gathering, Surjit Ram, divisional secretary of the association, said demonstrations were held at all centres of LIC and GIC all over the country today on the call given by All-India Insurance Pensioners Association.

He said at present a meagre amount of 15 per cent family pension did not meet the minimum expenses of daily needs and forced the family pensioners to live in penury.

He further added that the Board of Directors of LIC and Governing Board of GIPSA had already submitted the recommendations for improvement in family pension to a uniform rate of 30 per cent to the Government of India for notification. But the government was now delaying the notification without any justification.

Ved Kumar, Divisional Secretary, NZIEA, shared that the working committee meeting of the All-India Insurance Employees’ Association was held at Raipur from July 24 to 26 and it was decided that if the issue would not be resolved at the earliest, they would intensify protest.

He said delegations of the association met senior divisional managers at all centres throughout the country and handed over a memorandum to be submitted to the chairperson of LIC of India demanding to take up the matter on urgent basis with authorities concerned.