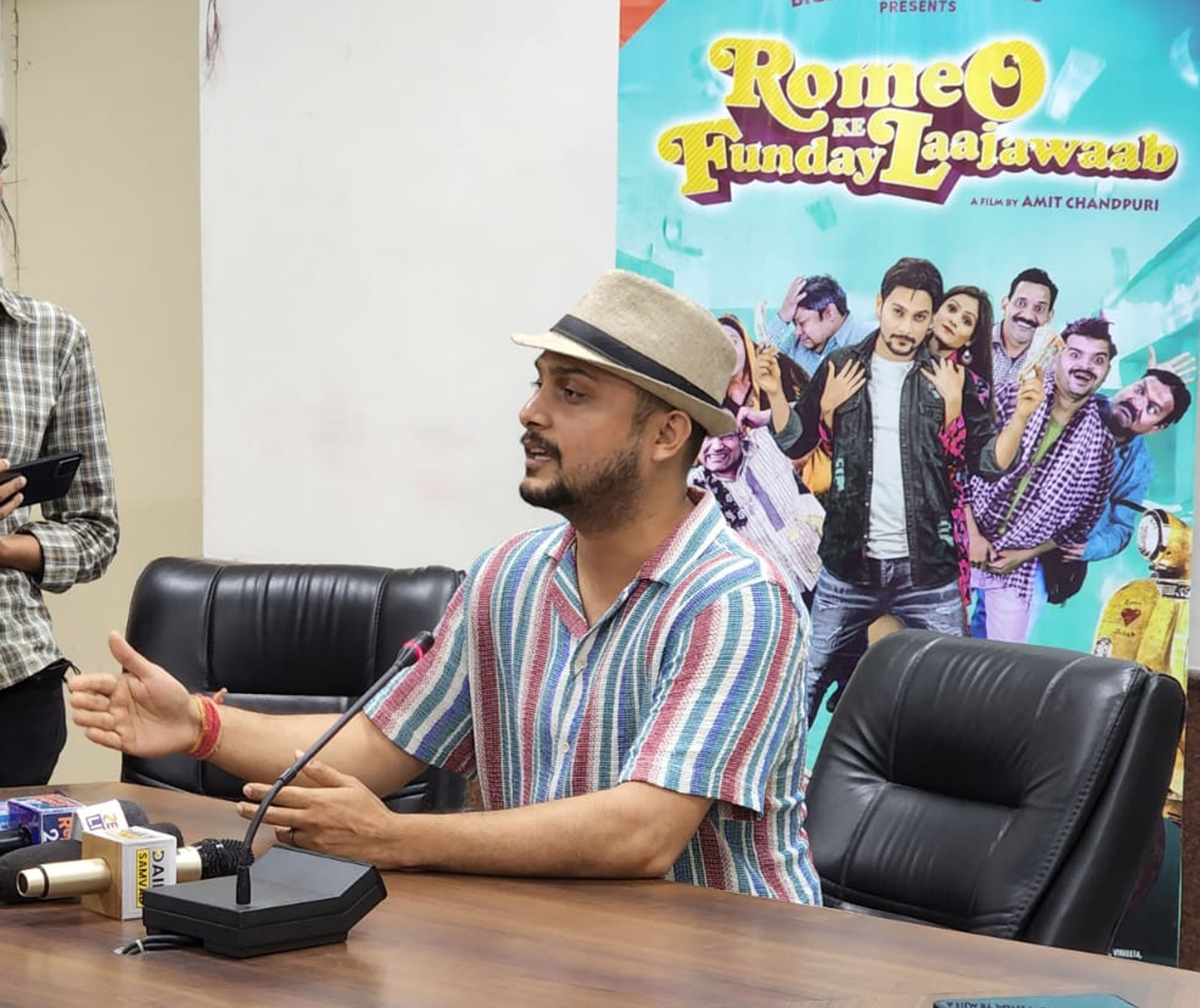 The star cast of an upcoming Hindi film “Romeo Ke Funday Laajawab” came to the city on Monday.

The film, set to be released on July 8 this year, has been helmed by Mohali-based artiste Amit Chandpuri. The film has also been written and directed by him. He also plays the lead actor in the film and has sung a song in it too. Chandpuri said “Romeo Ke Funday Laajawab” is a light comedy, which is a departure from the regular remixes and remakes, which usually refurbish older comedies.

Speaking to mediapersons at the Circuit House here, Chandpuri said, “Picking up oldies and weaving them into a star-studded cast is very easy. However, freshness seems to be missing, especially in the comedy genre. Instead, staleness appears to have set in. Since the 90s, the trend of picking up old stories and remaking them is being repeated often and to date. We have tried to do something different.”

A theatre actor who had been pursuing his passion in acting since 2008, Amit Chandpuri conceptualised this film to evoke rustic humour of the North Indian hinterland. Chandpuri was accompanied by supporting actors Jai Sharma and Chander Mohan.

He shared, “Much of the film is in a local dialect used in Uttar Pradesh and the dialogues borrow much from proverbs commonly used in UP. Most of the star cast of the film also hail from Shahjahanpur in UP as the city has an active theatre scene. While working on the film I found characters from the city which immensely fit the bill of the movie.”

A new face in the film industry, Chandpuri said he has written a fresh comedy story and produced it into this feature film to provide a situational comedy with romance, action, and drama woven with a social message.

He said how audiences respond to him is indeed yet to be seen, but he has tried to infuse newness into the script. The film has five songs from different genres, ranging from rap song to sweet romantic ones.