International Day of Peace observed by students of St Soldier Group of Institutions on Wednesday.

Jalandhar: It is a matter of pride that Guru Nanak Dev University has won the prestigious MAKA trophy with the maximum contribution of Hans Raj Mahila Maha Vidyalaya. The university received the trophy during the 52nd Annual Sports Prize Distribution Function held in Amritsar. On this occasion, Principal (Prof) Ajay Sareen was also honoured by Union Anurag Thakur. Principal (Dr) Ajay Sareen said it is pertinent to note that out of 23 times, the MAKA trophy was won by GNDU. And for 22 times the contribution of HMV has been the greatest. She congratulated all the HMV family. On this occasion, Vice-Chancellor (Dr) Jaspal Singh and other dignitaries were also present. 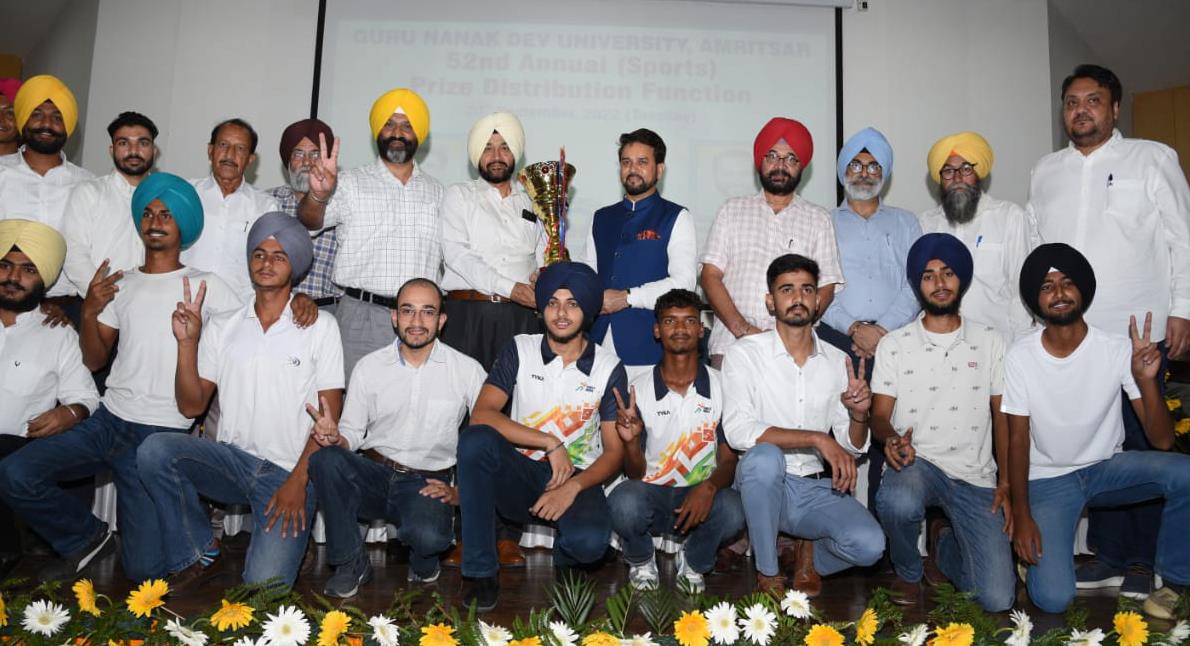 Kanya Maha Vidyalaya Collegiate Sr Sec School organised an investiture ceremony for the student council of the session 2022-23, to inculcate leadership qualities and to bestow responsibilities on the deserving ones of the school. The ceremony was organised by the Department of Student Welfare. The students were chosen on the basis of commitment, confidence and competence. The ceremony started with the welcome of the Chief Guest, Principal Atima Sharma Dwivedi. During the ceremony, the oath of office was administered to all the office-bearers through which the members promised to uphold the policies of the institution. The Principal lauded the efforts of Dr Madhumeet, Veena Deepak and Anand Prabha for providing guidance to the students.

Keeping in mind the changing weather, children were sensitised about dengue and malaria by DIPS School, Rayya. According to the instructions given by the education department in the morning assembly, the children were informed about the symptoms, causes and methods of prevention. The senior-class children made posters and told the junior classes that mosquitoes are born due to water-logging in the terraces, pots and nearby pits. The HOD of the Science Department told the children that high fever, severe pain in muscles and joints, headache, red marks on the chest, back, vomiting and diarrhea can be some of the symptoms. Principal Jagbir Singh, while explaining the topic to the children, advised everyone to wear full-sleeved shirts and pants in this season.