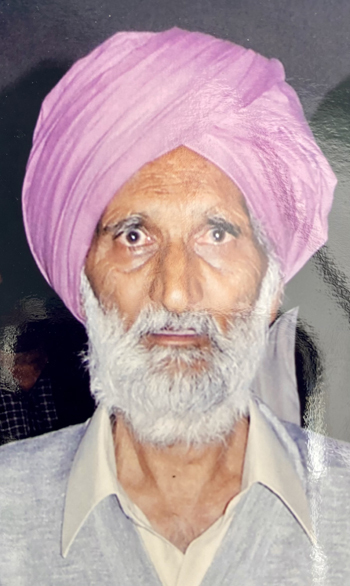 Seventyone-year-old Jaswinder Singh, a resident of Kotla Naudh Singh village in the district, on Thursday was killed in a shooting incident in Indianapolis, US.

According to the information received, Jaswinder Singh (see pic) had gone to the US with his son Gurvinder Singh. According to the deceased’s kin, having bored of staying at home there, Jaswinder had started working at a FedEx facility in Indianapolis a week ago. On Thursday, he went to the Fed-Ex facility to get the cheque of his first salary. He was excited about getting his first salary cheque.

While he was there, a former Fed-Ex employee fired indiscriminately there and Jaswinder was killed on the spot. Jatinder Singh, the younger son of the deceased, said on Saturday morning his elder brother Gurvinder informed the family about the death of his father in the said shooting on the phone.

In the incident, a young man fired indiscriminately in Indianapolis, killing eight persons, out of which four were of Punjabi origin, including Jaswinder Singh. As soon as villagers came to know about Jaswinder Singh’s death at his ancestral village here, a large number of villagers and local residents started coming to his house to express condolences. — OC