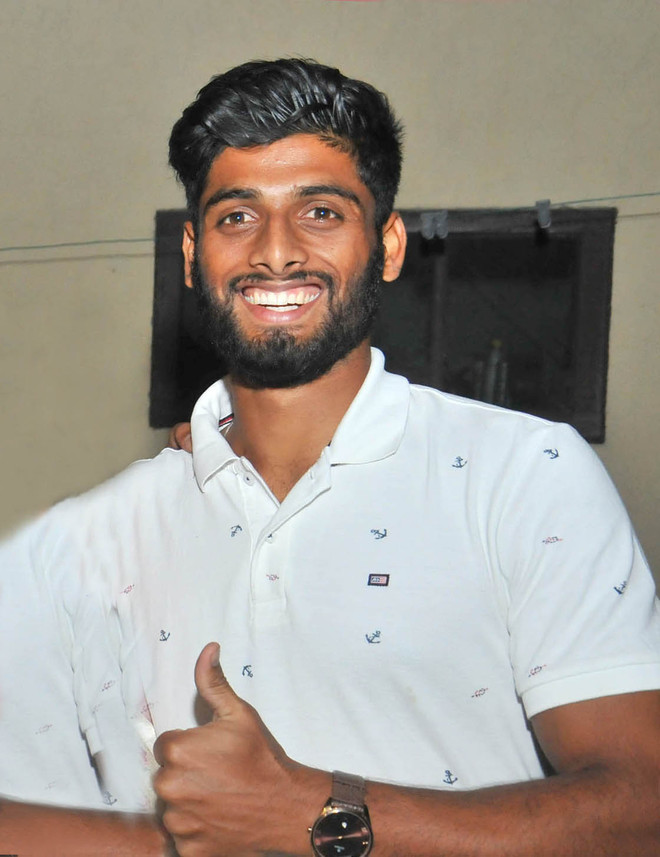 Varun Kumar, Indian hockey team’s drag flicker who tested positive for Covid-19 three days ago, said being a sportsperson, he was strong-willed and would come out of this situation soon.

Varun Kumar, who belongs to Mithapur village of Jalandhar, tested positive after he reached Bengaluru for the national camp. He said now he was desperately waiting to play for his nation again.

“I don’t have any symptoms and am taking proper rest at this point,” he said. Kumar said his parents were also calling him daily and were concerned about his health. “They tell me to be strong, I know they are a little worried,” the star player from Punjab said.

I don't have any symptoms and am taking proper rest at this point. My parents are also calling me daily and are concerned about my health. They tell me to be strong, I know they are a little worried. —Varun Kumar, Star Hockey player from Punjab

He said he would like to ask everyone to be strong and brave amid this situation even if they contract the virus. This is the only way they can overcome the situation, Kumar said.

Varun had earlier shared that he was eagerly waiting for the lockdown to get over, as he would like to get back to the old routine and attend camps and play matches again.

Brahma Nand, Varun’s father, shared that his son was never into any sports, but because of Harjeet Kaur, an Arjuna awardee, he thought of introducing his son to sports.

Brahma Nand said he had faced a lot of difficulties in raising his children. On seeing his son’s name in the list of Indian hockey players, he shared that it gave him immense happiness.

“I started playing as a child with an aim of getting selected in a prestigious hockey team one day. Now that I have made it, I have become more responsible and wish to play for my country with dedication,” Varun had shared when he was selected in the Indian team.