I-Day: Cops leave nothing to chance : The Tribune India

Over 1K on vigil | Nakas at all entry, exit points | Frequent raids at hotels 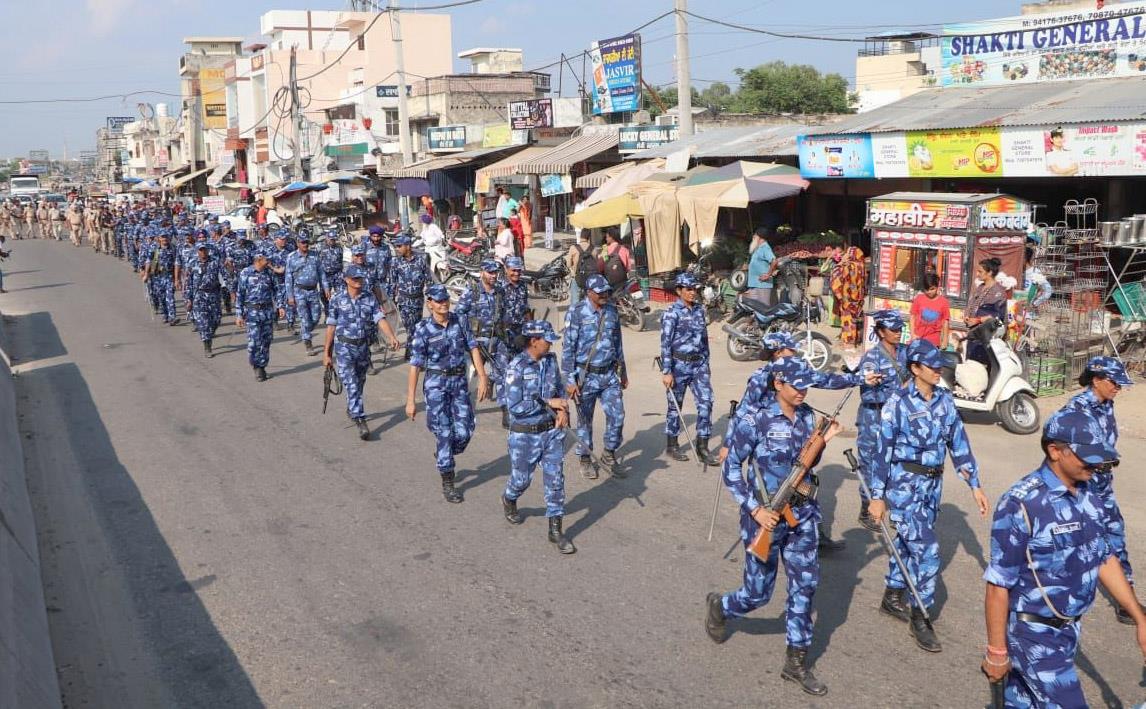 The rural police hold a flag march ahead of the I-Day celebrations.

Elaborate security arrangements have been put in place by both the city and rural police in the district in view of the 75th Independence Day celebrations on August 15.

Around 1,000 cops have been deployed across the city to keep a close tab on the law and order. Besides, nakas have been put at all prominent chowks, entry and exit points and among other locations. Patrolling had also been increased at sensitive places.

To check the security arrangements, Commissioner of Police, Gursharan Singh Sandhu along with other senior cops visited the Guru Gobind Singh Stadium today and held a meeting with the police officers.

He said the entire area around the venue would remain cordoned off by the police and senior officials would ensure security arrangements right before the scheduled arrival of the chief guest and other dignitaries.

“Along with the three-tier security checks in the stadium, the Commissionerate of Police have also installed CCTV cameras at all the entry gates of the stadium and a CCTV van will be stationed to regularly monitor the situation and keep a close eye on anti-social elements”, he added.

DCP Jaskiranjit Singh Teja said, “We have been allotted additional forces and cops are frequently raiding all hotels, restaurants, lodgings, etc, to make sure that no suspicious element enters the city. A large number of policemen have been deployed on the outskirts of the city and separate checkpoints have been set up at all entry and exit zones”.

He said they had also urged the people to report any suspicious activity if found in their respective areas so that the needful action could be initiated promptly.

The DCP also led a flag march here in Model Town ahead of the Independence Day celebrations. ADCP Parminder Singh, ACP Paramjit Singh, ACP Model Town Khushbir Kaur and over 100 police personnel of the Model Town sub-division were part of the flag march. Similarly, under the command of SSP Swarandeep Singh, flag marches were also taken out by the cops at different places in Jalandhar rural.