IKGPTU to get ‘Ambedkar museum’

Will be a unique amalgamation of life, works and philosophy of the Father of Constitution 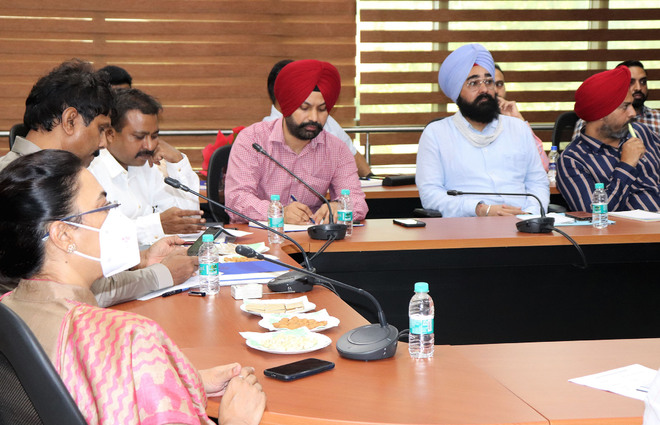 To provide a platform to researchers, a museum based on the life and works of Dr Bhimrao Ramji Ambedkar will be established on the main campus of IK Gujral Punjab Technical University (IKGPTU), Jalandhar, by the state government.

The museum will be a unique amalgamation of proven facts in the subjects related to the life, works and philosophy of Dr Ambedkar. In the context of this goal, a high-level project review meeting was held between the senior officials of the Department of Technical Education and the Department of Tourism and Cultural Affairs at IKGPTU on Tuesday. The meeting was presided over by Principal Secretary Technical Education Department (PSTE)-cum-Vice Chancellor, IKGPTU, Ramesh Kumar Ganta.

At the meeting, the specifics of the project were kept in the midst of everyone through a film and a PowerPoint presentation on behalf of the consultant and architecture associated with the proposed museum.

Sharing the project report, Vinita Singh said the museum would be built with an investment of about Rs 150 crore and it would be divided into five zones. The first entry point will be Pranam Tower, while the first zone will be named as Central Zone, which will have a gallery on the life and work of Dr Ambedkar. The second zone will be related to his personal life and the third zone social and economic impact and his work on these subjects. According to expert consultant, the fourth zone is divided into the “Constitution Zone”, while the fifth zone will be based on the legacy of Dr Ambedkar. Initially, it is being set up on 10 acres of land.

During the project report analysis and feedback session, Ganta also invited views from university officials and representatives of the employees association.