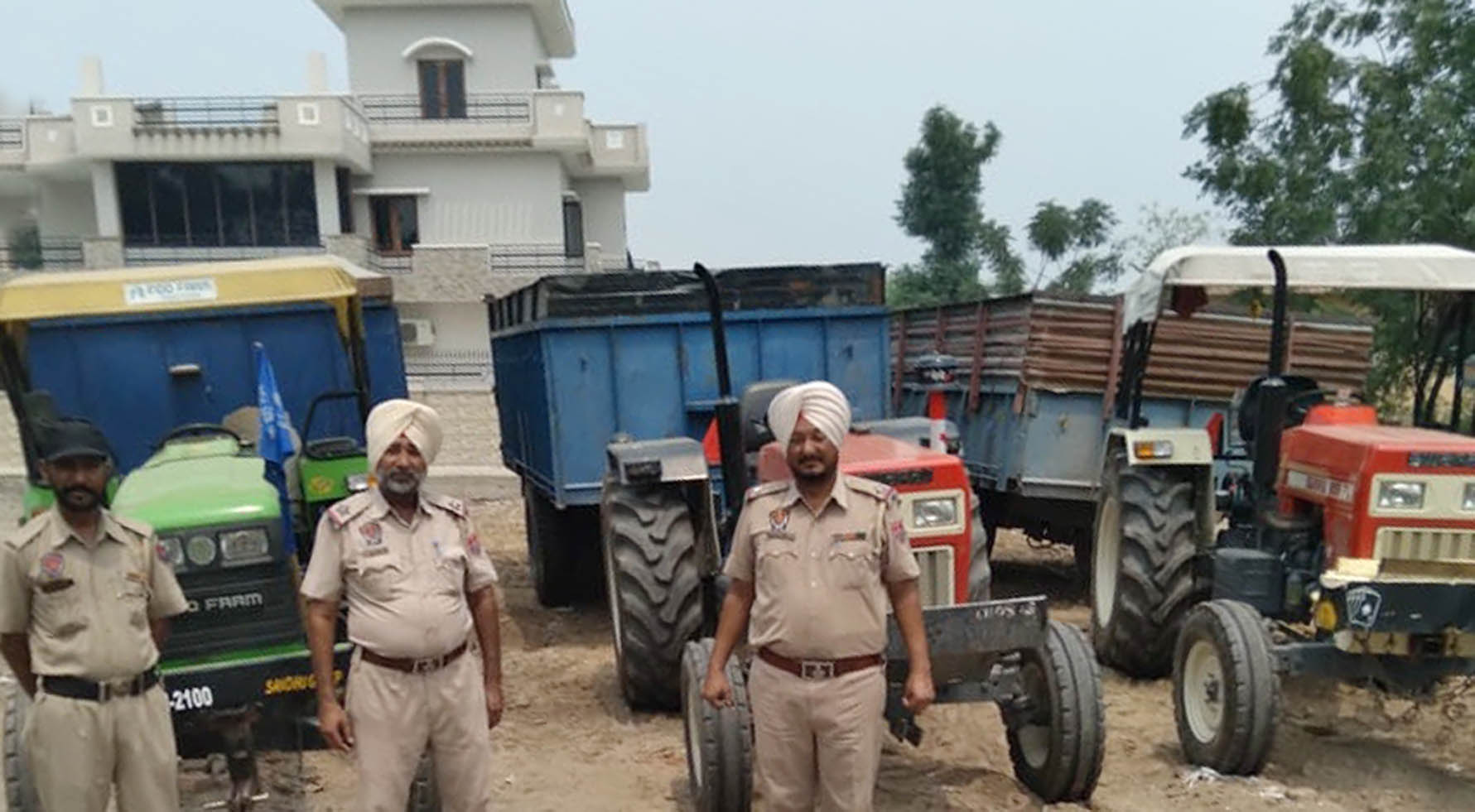 A police team with seized vehicles at Gosuwal village in Jalandhar on Wednesday. Tribune photo

A person was arrested and a JCB machine and three tractor-trailers were seized from Gosuwal village by the Jalandhar (Rural) police today on the charge of illegal mining.

Acting on a tip-off, a police team from the Mehatpur police station reached Gusowal village and seized one JCB machine and three tractor-trailers. The team also arrested the accused, Rajwinder Singh, a resident of Kukri Kalan village in Moga. An FIR under Section 21 of the Mining Act and Section 379 of the IPC has been lodged in this regard against Rajwinder and four to five unidentified persons at the Mehatpur police station.

In another case, the Mehatpur police today arrested peddler Parkash Kaur, a resident of Burewal, Shahkot, and recovered 150 intoxicant tablets and 10 gm heroin from her possession. A case under Sections 22, 61 and 85 of the NDPS Act was filed against Kaur at the Mehatpur police station.

During investigation, Parkash Kaur admitted she was getting drugs from another woman peddler, Sandeep Kaur, and her husband Hasveer Singh, both residents of Dharme Dian Channan village in Mehatpur. The police said raids were on to trace the duo.