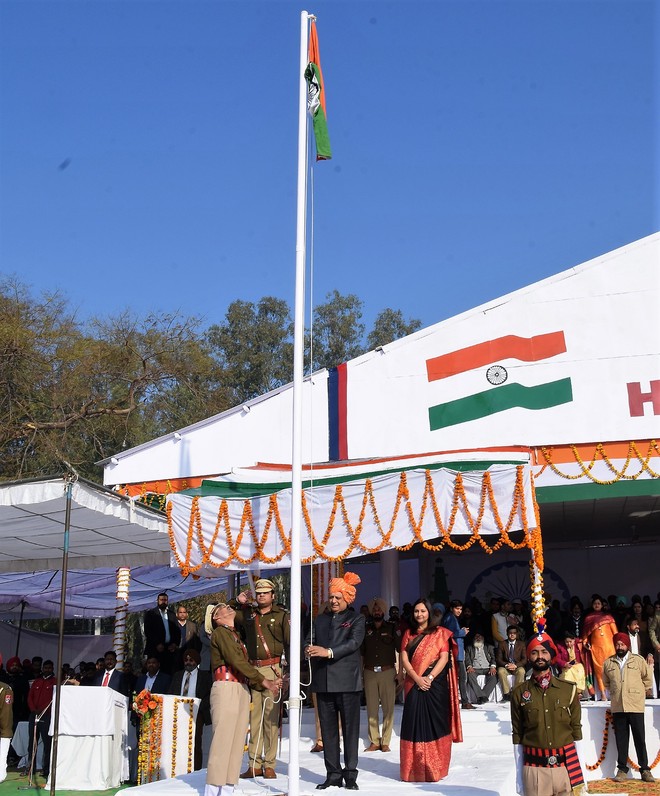 Punjab Legislative Assembly Speaker Rana KP Singh said the Constitution of India was the best in the world and it was complete as the same had been made after going through constitutions of the whole world. He was addressing the district-level function organised to celebrate 71st Republic Day.

Earlier, he unfurled the national flag and inspected the parade. He was accompanied by Deputy Commissioner Isha Kalia and SSP Gaurav Garg.

Rana said there was no shortcoming in the Indian Constitution and if someone says that there was any flaw, it could be in people who did not work according to the Constitution.

He also paid tributes to martyrs who sacrificed their lives for the country and called for a joint effort against social evils such as drug addiction.

During the ceremony, freedom fighters and their families and 62 personalities having outstanding achievements were honored. Later, he handed over 20 sewing machines, 3 tricycles and five wheelchairs to the needy. He also interacted with sarpanches of drug-free villages who had arrived as special guests at the function.

The ceremony was marked by a spectacular march past led by parade commander DSP Gurpreet Singh Gill. A mass PT show and cultural programme were presented by schoolchildren. Out of the tableaux of 13 departments, a tableau related with smart school of the district Education Department bagged the first spot, tableau of health insurance scheme of the Health Department got second and the Agriculture Department's tableau on crop variation clinched the third position.