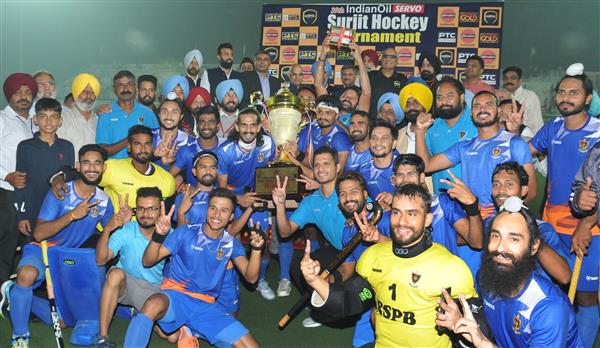 Indian Railways players in a jubilant mood after winning the tournament in Jalandhar. Malkiat Singh

The winners bagged Rs 5 lakh in cash and the Winners’ Trophy and the runners-up got Rs 2.51 lakh in cash and a trophy. Gursahib Singh of the Indian Railways team was declared the best player of the tournament and awarded Rs 51,000 in cash. This marks the third time that the Indian Railways team has won this title. Sahil of the Indian Oil team was declared promising player of the tournament and he was awarded Rs 31000 cash.