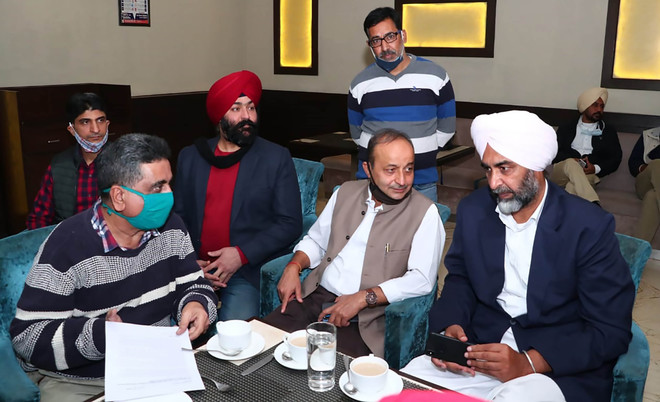 Industrialists, traders and manufacturers mince no words while sharing their problems with ministers now. Earlier, it was the industries minister and now Finance Minister Manpreet Singh Badal. The industrialists on Sunday expressed their disappointment while holding a meeting with the Finance Minister and the latter called them to Chandigarh on Thursday for further discussion. Even Rajinder Beri, MLA, Jalandhar Central, was present in the meeting.

“We are demanding immediate relief just because the pandemic has hit us hard. Otherwise there are many such issues which have troubled the industry. How can we go and submit C-forms, it is not possible now,” the industrialists said.

They also asked the minister about the status of one-time settlement (OTS) policy that the government was set to unveil for resolving the long-pending issue of C-forms.

Recently, traders had told Industries Minister Sunder Sham Arora that there was no point of holding meetings when no solution to the problems being faced by them was suggested.

The minister had then listened to various problems raised by traders of hand tools, leather, sports, auto parts, surgical, textiles, pipe fittings, etc, and almost all problems that were raised were old and never got resolved. — TNS