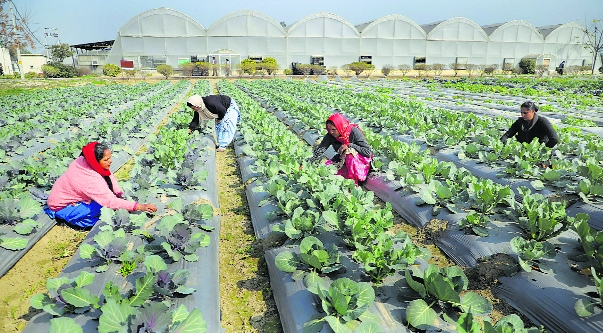 The Budget proposals put forth by Finance Minister Harpal Cheema had a special mention about an upcoming horticulture-related project at Malsian in Shahkot near here.

The Budget proposals put forth by Finance Minister Harpal Cheema had a special mention about an upcoming horticulture-related project at Malsian in Shahkot near here.

The project, which is to come up as an Integrated Hi-Tech Cultivation and Technology Centre, has been proposed for an amount of Rs 11 crore and is likely to focus on improvising techniques for the cultivation of potatoes, spinach, chillies, maize and muskmelons. The Malsian belt is known for muskmelon cultivation and fruit produced here is exported across Asian countries.

The project, it is learnt, had been initially proposed by former minister for horticulture Rana Gurjeet Singh. Rana had got the portfolio at the fag end of the Congress regime and set up a proposal to set up a centre to benefit the farmers of the area, including those from Shahkot, Nakodar, Kapurthala, Sultanpur Lodhi, who already lead the state in the production of vegetables. Rana has been close to Shahkot Congress MLA Hardev S Laddi Sherowalia.

Laddi said: “Already there is a 116-acre centre of the department of horticulture in my constituency at Malsian where this centre has been proposed. Other than giving advanced technologies to the farmers for improving their production, the centre will also help farmers in exporting their produce. The location of the centre will be strategic since it will fall along the proposed Jamnagar Expressway and Nakodar bypass.”

Meanwhile, an outlay of Rs 7 crore has also been proposed for an Individual Quick Freezing Technology Centre for seasonal fruits and vegetables at Verka in Amritsar. The centre will help farmers preserve their fruits and veggies in such a way that they remain fresh and maintain their nutritional value too.