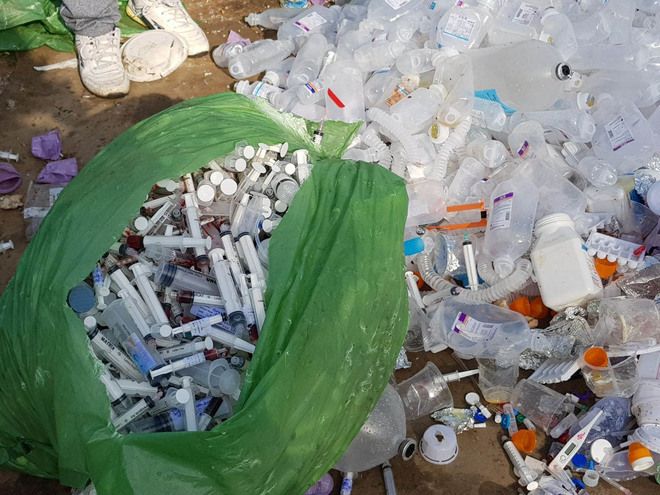 For efficacious management of biomedical waste, the district administration has come up with a plan to deploy 2,000 employees, including 1,400 ASHA workers and 500 para medical staff, for all 1,975 polling booths where all Covid-19 safety protocols will be adhered to in the right earnest.

Each polling booth has red and yellow colour bin of 60-litre capacity each to collect biomedical waste so that this can be managed scientifically. The yellow bins will be used to put the used PPE apparels, N-95 masks, surgical face masks, napkins while used face shields, rubber gloves, polythene gloves, etc, will be put in red bins.

He also urged the voters to strictly adhere to all safety protocols at the time of voting. Giving details, Deputy Commissioner-cum-District Election Officer Ghanshyam Thori said for all nine assembly constituencies, a total of 46 collection centres had been formed, where biomedical waste would be brought in trucks.

The collected waste will further be managed by the companies concerned as per the guidelines of the Election Commission of India. He said for efficient implementation of requisite plan, the Civil Surgeon had been appointed as Nodal Officer for management of biomedical waste while at the constituency level the SMOs will be given this responsibility.

The Deputy Commissioner said the safety from coranavirus would be an utmost priority during the polling on February 20 at all 1,975 booths. For this purpose, all the polling parties will be equipped with a Covid-19 protection kit at their respective duty sites along with PPE apparel, mask, face shield, hand sanitiser, hand gloves so that infection could be put at bay during the entire day voting. Ghanshyam Thori also pointed out that police personnel would also be provided the same kit, which was be beneficial for all those involved in voting process.

The safety of voters is also being a major task as the Administration will ensure thermal scanning of all voters at 1975 booths. As many as 2000 officials will be deployed across district including 1400 Asha workers besides 500 para-medical staff, said the Deputy Commissioner adding that these personnel would ensure hand sanitization of voters before entering the polling booth as well as providing them gloves to wear on right hand. He said that wearing of mask is necessary for all voters but in case anyone forget to bring the same the staff on duty would give them, which is to be used in larger public interest.