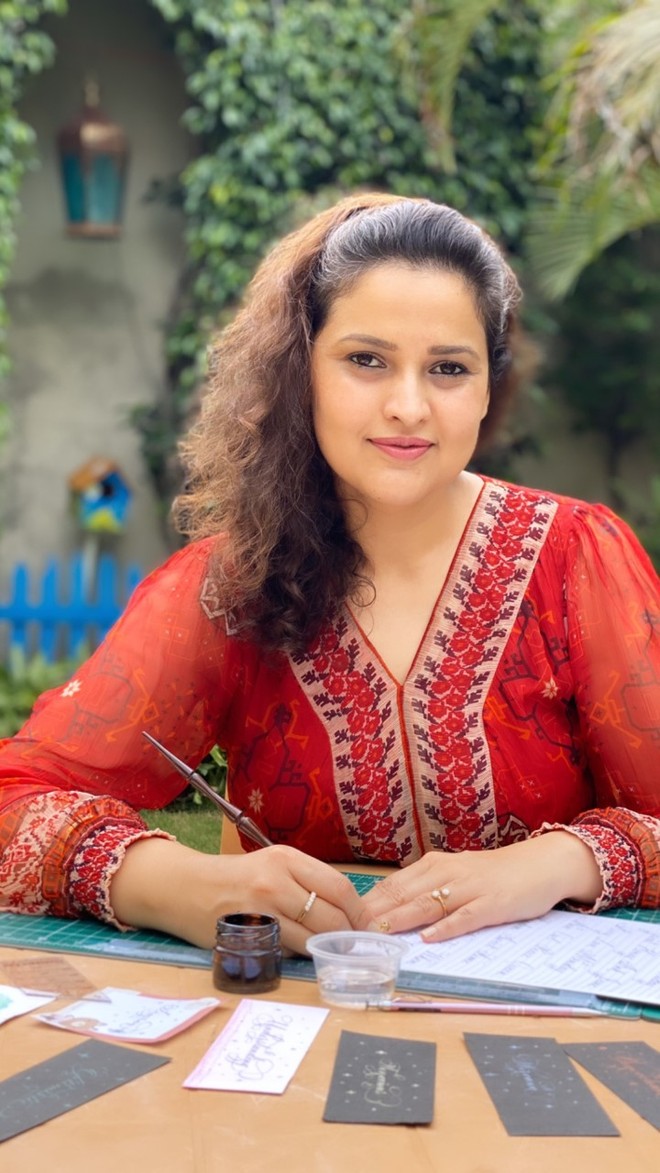 It is never too late to pursue one’s passion. Believing this, Jalandhar-based Manpreet Khanna (41) forayed into calligraphy two years back to soon become a professional in this field.

From holding workshops to designing wall hangings, nameplates, display scrolls, personalised book marks, gift tags, greeting cards and birthday invitation cards, she has much to offer to her customers.

Since Manpreet specialises in calligraphy in English, Gurmukhi and Devnagri, she has, of late, got most orders for wall hangings with motivational quotes or religious hymns inscribed on them.

“As there are growing incidents of Covid-19, people are really scared and they want something in their rooms to give them positive vibes. People contact me for doing calligraphy work for them using lines from Gurbani, Bhagavad Gita and even Kabir’s bani,” she says. Discussing her work, Khanna says, “During my childhood, my teachers and friends always praised my handwriting. Whenever any letter was to be written to a relative or a greeting card was to be sent to someone, I would be called to write the words. I have had a good hand but never knew how to pursue it further. About two years back, I started using Instagram to learn calligraphy. In 2018, there were two workshops in Jalandhar which I attended. It was then that I decided to take up calligraphy as a profession and set up my business—The Alphabet Baker.”

Social media has helped her promote her work. “As I began putting photos and videos of my work on Facebook and Instagram, my friends started approaching me with orders. Later, as I started putting up stalls at exhibitions and began holding workshops, my clientele started growing. I too started expanding by learning how to etch words on designer candles. Recently, one of my clients, who got her wedding card designed, liked it so much that she got it framed to cherish it forever.”

The compliments and appreciation for her work coming from various quarters keep her going. “I also make designer name slips for my sons for their school books and copies. So, their teachers and friends also know that their mother is a calligrapher and they too approach me for school projects,” Khanna says.

The artist adds, “I had planned a workshop on March 24 and 25 but it was cancelled because of the lockdown. Soon, I will hold online workshops. In the lockdown period, I shared all my positivity quotes on Instagram. I even attended some webinars to upgrade my skills. That’s why I strongly believe, there is no age bar on learning and improving oneself.”