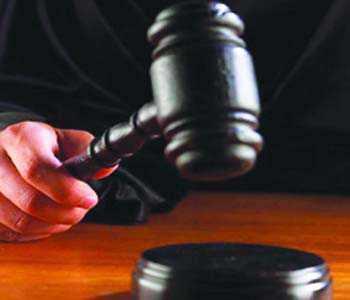 The court of Additional Deputy Commissioner has allowed SBI Bank to take the possession of a property mortgaged by AAP Jalandhar West MLA Sheetal Angural’s brothers Sunny and Lalit Kumar.

The bank branch located in Ambedkar Chowk had filed an application in the court of the ADC seeking permission for the secured asset. The bank officials had claimed that the loan account holder Sunny had defaulted the repayment of loan and consequently the amounts were due. The accounts of the borrowers/guarantors had been declared non-performing assets on April 18, 2019. A demand notice under Section 13 (2) of the SARFAESI Act had been issued on March 16, 2020 on which the outstanding amount was Rs 28.85 lakh.

No one from the respondent side had appeared in the court of ADC Major Amit Sareen on August 23 and September 7 last despite adjournments. “So, it is presumed that the respondent does not have anything to say or is unwilling to deposit any amount of loan due. The case is being decided keeping in view the documents available on file and on merit thereof,” read the orders.

The court of ADC also directed the Commissioner of Police, SSP (Rural) and Tehsildar concerned/Executive Magistrate, Jalandhar, to provide assistance to the bank for taking possession of the secured asset as per law.