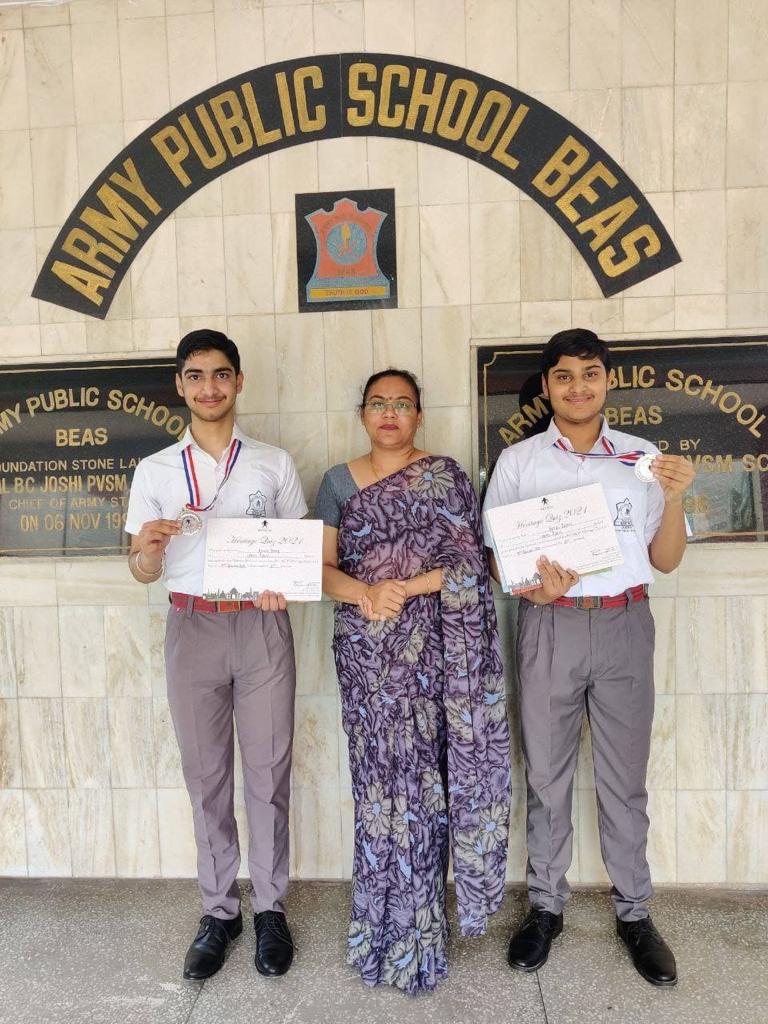 Aaryan Rajput and Anmol Banka of Army Public School, Beas, who were part of the team that won the Best Chapter Award.

A team of four schoolchildren from the Army Public School, Beas, and Little Angels School, Kapurthala, has won the Best Chapter Award in the prestigious INTACH Heritage Quiz-2021 that concluded few days back in the national capital.

“A final round for the Jalandhar chapter of INTACH quiz was held in the Vajra Corps. The quiz had 10 questions pertaining to the culture of Punjab, 20 from the national heritage and five related only to INTACH’s works,” he said. In addition, the Jalandhar chapter gave 200 entries for INTACH poster-making competition on India’s struggle for Independence, which too were evaluated for overall result.

“We screened our finalists and sent them for the next round of contests to be held at national level from where they won the award,” he said adding that participation came from 230 chapters of the INTACH from across the country.

The teams were prepared for the final rounds by Maj Gen Balwinder Singh, who is an alumnus of the Indian Military Academy, Dehradun, and National Defence College. As an Army officer, he had a privilege of visiting a number of foreign counties as a delegate on various missions of the Government of India. He was deeply impressed and influenced by the way foreign countries have preserved and conserved their heritage and culture. After retirement, he dedicated himself to INTACH in 2015 and started contributing in awareness, preserving and conserving heritage. In 2018, he was elected as the Governing Council Member of INTACH at the national level. Since then, he has been striving to uncover the hidden heritage of the country.