Jalandhar lad gets 99.95 percentile in JEE (Mains) : The Tribune India 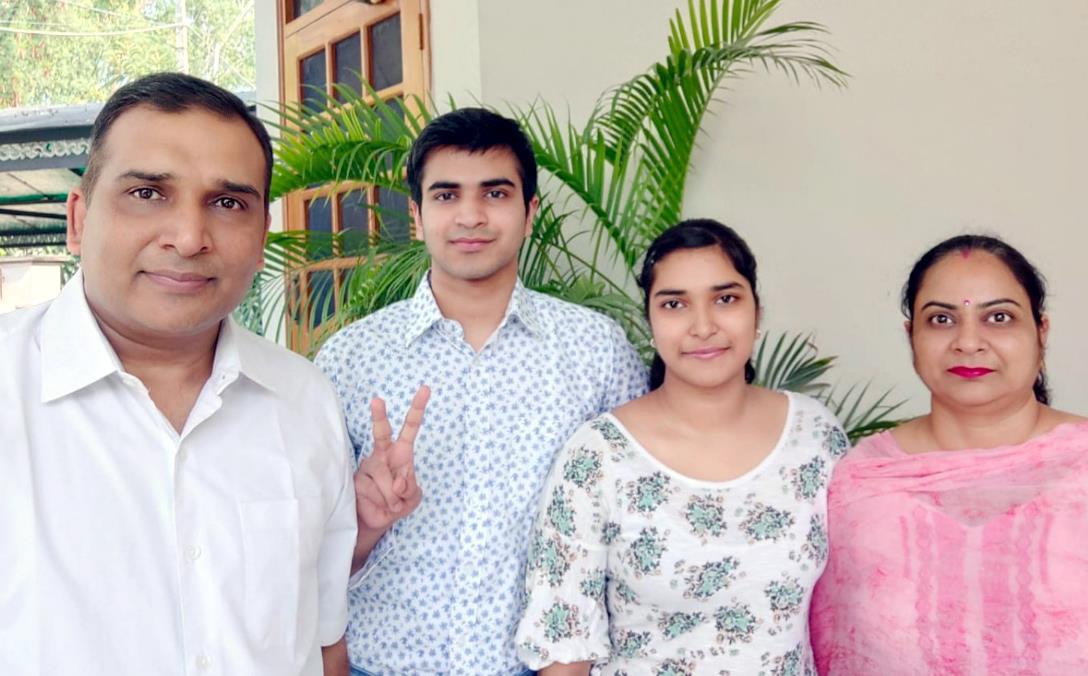 Mridul Gupta (2nd from left) with his family members in Jalandhar after the results of the JEE (Mains) examination were declared on Monday. Tribune photo

A student of Innocent Hearts School, Green Model Town, Mridul Gupta has made the city proud by scoring a percentile of 99.95 in the JEE (Mains) examination session II, the result of which was declared on Monday. He has got the 505th All-India Rank.

Mridul was followed by Sarthak of St Soldier Divine Public School, who secured 99.85 percentile and 1436th All-India Rank. Both the students gave the credit of their success to their parents, schoolteachers and instructors of their coaching centre. They said this wouldn’t have been possible without their guidance and support.

Mridul’s father Arun Gupta, who works as a District System Manager in the Land Records Department, said he was very happy over his son’s achievement. “He is now preparing for JEE Advance and I am hopeful he will secure a good percentile in that too and make us further proud,” he added.

Meanwhile, Sarthak, who also topped the district in Class XII exams in non-medical stream said his focus since he entered Class XI was on preparing for JEE. He said he was now preparing for JEE Advance and is looking forward to taking admission in one of the IITs in India.

“My mantra for studies has always been smart work”, Sarthak added.