Jalandhar: PO arrested with 20 gm of heroin : The Tribune India 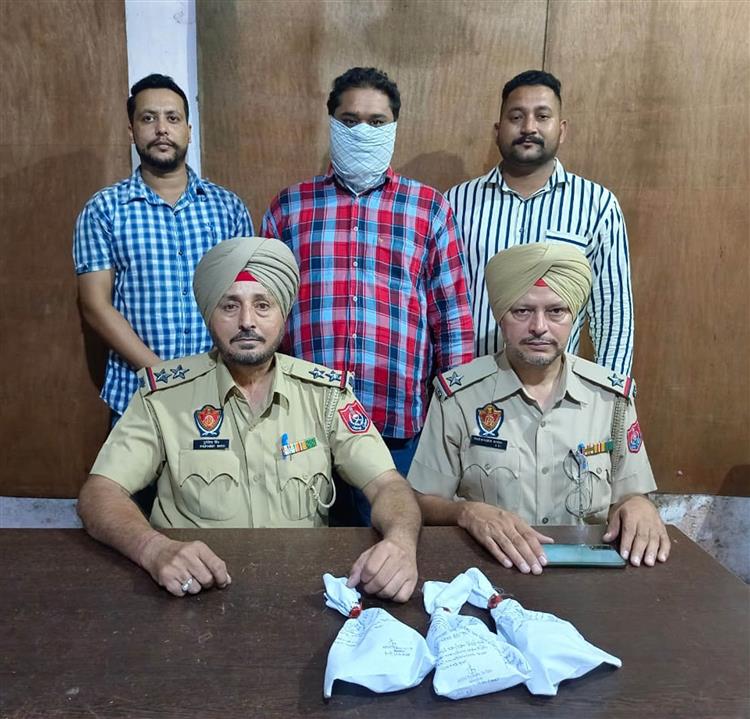 The accussed in the custody of Jalandhar rural police. Tribune Photo

The Jalandhar rural police today arrested a proclaimed offender (PO) and seized 20 gm of heroin  from his possession. The accused has been identified as Rajesh Kumar, against whom FIRs have already been registered in five different cases. Two of the cases are related to Narcotic Drugs and Psychotropic Substances Act, 1985  in which Kumar is a declared PO. The NDPS cases are registered in Kapurthala.

The police said they got a tip-off that the accused was going towards Kala Sanghian to supply heroin in large quantity.  The officials said the accused would be asked questions in detail. “We will get to know about the others involved in this circle. Investigation is on and will ask him who was he going to supply the drugs,” the police said.

In Hoshiarpur, the district police arrested three smugglers and recovered intoxicants in large quantities from different them in the past 24 hours. The Mahilpur police, acting on a tip-off, nabbed one Varinderpal, a resident of Shekhupur, who had come to supply intoxicating pills in the area and recovered a large number of intoxicating pills from him.

In another case, a team of the Bullowal police station arrested Gulshan Kumar and seized 55 gm of intoxicating powder from him. The Garhdiwala police arrested Jagdev, a resident of Chohka village, and recovered 45 gm of intoxicant from him.

The accused have been booked in respective police stations under the NDPS act in separate cases.