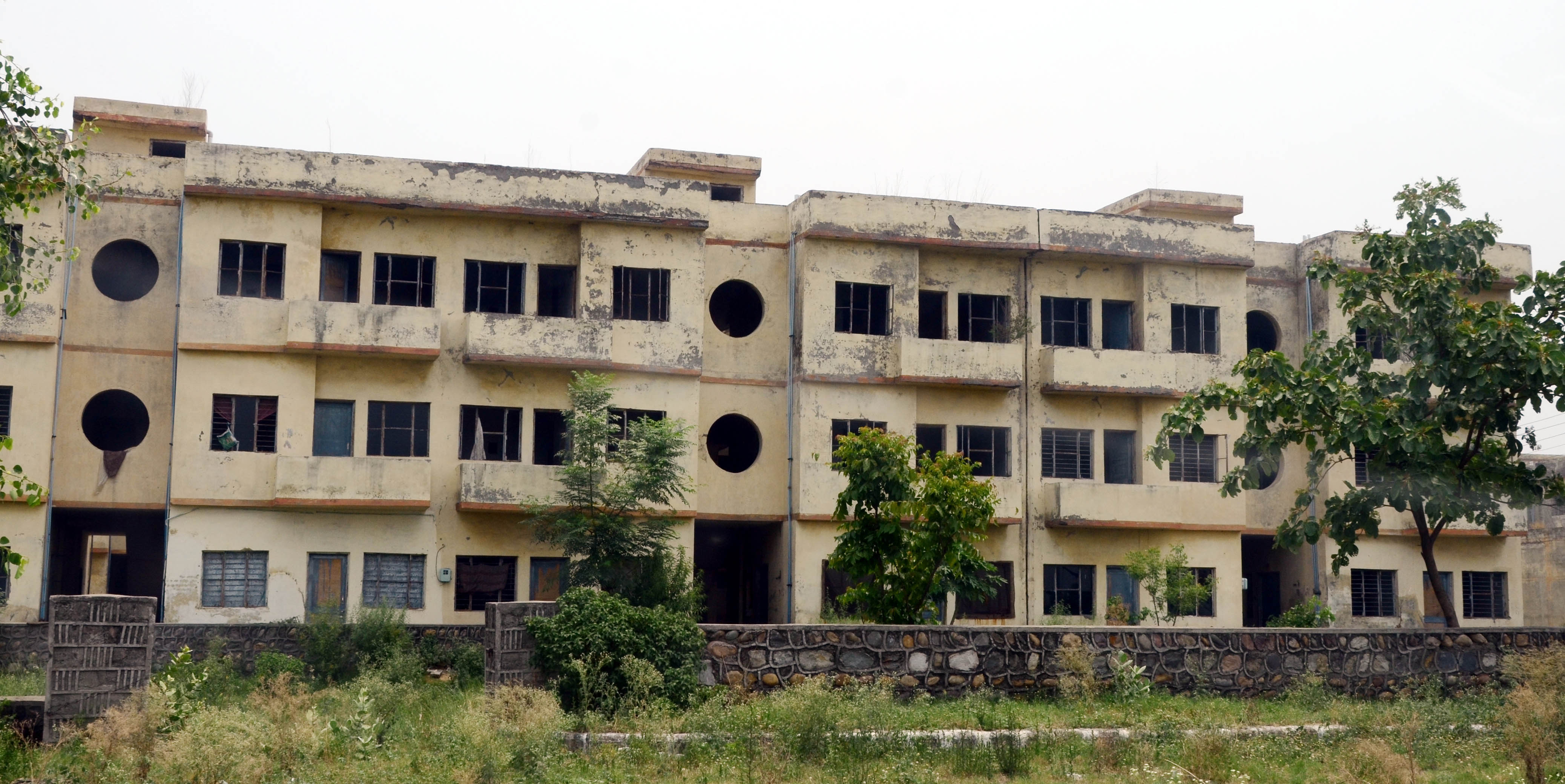 Indra Puram-Master Gurbanta Singh Enclave lies in a shambles. There are a total of 888 flats in the society which haven't been taken over by the occupants. Photo: Sarabjit Singh

Vacant flats at the housing societies Indra Puram-Master Gurbanta Singh Enclave and Bibi Bhani Complex have become haven for thieves and drug addicts. Both these societies were developed by Jalandhar Improvement Trust (JIT) in 2011 and 2017, respectively, but due to lack of basic amenities at the complex, the owners of the flats refused to take the possession.

At Master Gurbanta Singh Enclave there are a total of 888 flats, while at Bibi Bhani Complex there are 264, but none of the owners of flats is living there at present. “Wild growth of various types of weeds, almost 4-feet high, abound the society’s premises at Gurbanta Singh Enclave. Besides, there is no provision of electricity, roads, streetlights and water and sewerage connections at both these complexes. The trust has miserably failed to fulfil any of the promises made at the time when these flats were being constructed,” said Darshan Ahuja, an allottee.

Meanwhile, when the Jalandhar Tribune team visited these complexes, it found that most of the doors, windows, glass panes, taps, pipes, etc., were either lying stolen or broken. Besides, in absence of any measures for its maintenance, upkeep and security, the flats were in a dilapidated shape and had turned into a hub of all anti-social activities.

He alleged JIT had committed a big fraud with the residents. “Over 100 allottees had filed cases against improvement trust at the district consumer forum. A majority of them had won the cases, and consumer forum had penalised JIT for delayed possession and negligence in providing basic amenities. But all this should not end like this. We request the new government to form a committee and conduct a high-level inquiry in the case, so that officials who misused the allottees’ hard-earned money could be punished,” he added.

The allottees also alleged that most of flats have been illegally taken over by miscreants who entered by breaking the locks. They said used syringes, lighters, cigarette butts, etc, could be easily found in the flats.

“Due to the lackadaisical attitude of the JIT, the money we invested has no value now,” said Vivek Bansal, another allottee. JIT Executive Officer (EO) Rajesh, he said, “I will get the premises checked tomorrow and strict action would be taken against those, who have illegally occupied the flats.”