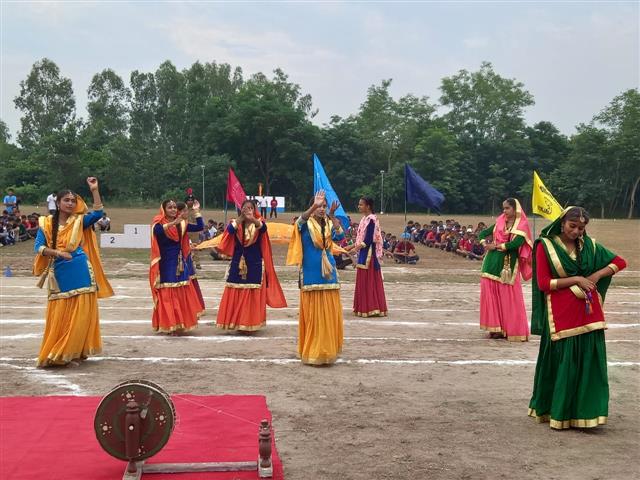 Girls perform during the inauguration of JNV games in Hoshiarpur on Tuesday. Tribune photo

A two-day regional athletics’ meet of Jawahar Navodaya Vidyalayas has started in JNV Phalahi, Hoshiarpur. The meet will conclude on September 21. The meet is being held among five clusters namely- Punjab-I, Punjab-II, Jammu-I, Jammu-II and the Himachal cluster. Around 306 students and their escorts are participating in this event. DS Randhava, ADC, Hoshiarpur, inaugurated the event. The event started with a march-past, followed by the oath-taking ceremony. A welcome song, Himachali nati and giddha were performed by the students. A flag was hoisted and a relay of torch was held. Chief guest DS Randhava congratulated all the participants, and exhorted them to give their best in every event.