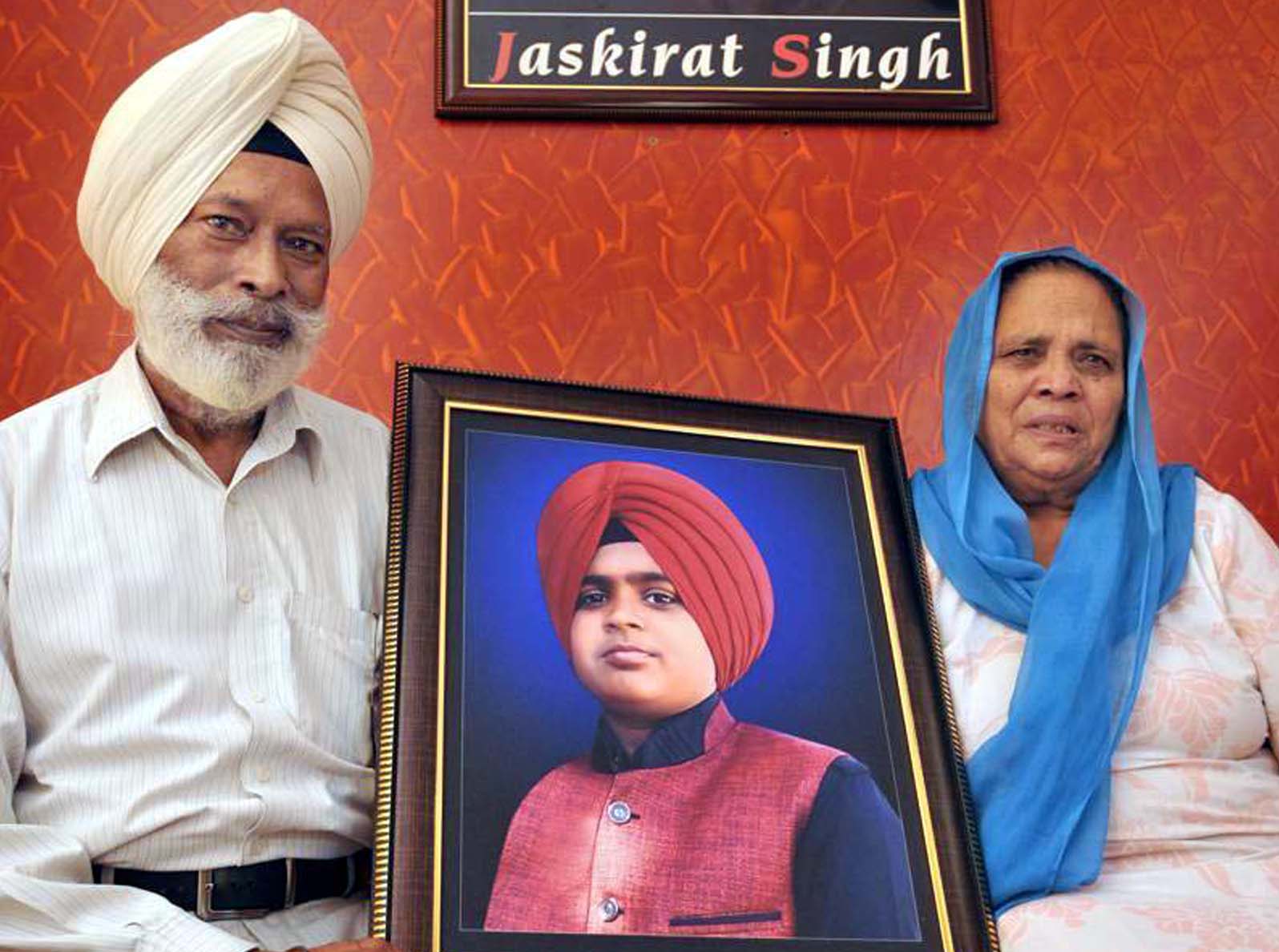 Parents of Jaskirat Singh with his picture in Kapurthala. Tribune photo

The Sessions Court of Kapurthala on Monday sentenced three persons to life imprisonment for kidnapping and murder of 14-year-old Jaskirat Singh in a six-year-old case. The convicts include the paternal cousin of the victim, Parvinder Singh, alias Shelly.

The two other accused are Rajwinder Singh of Harnam Nagar and Arshdeep Singh Gill of Shalimar Avenue. The matter pertains to the incident in which Jaskirat, son of local industrialist Narinder Singh, had gone missing on April 11, 2016. He had gone to his tuition class on his scooter but went missing. His father had got a ransom call from Arshdeep to pay Rs 30 lakh for the safe return of his son. The phone used by them had been snatched from a labourer. Two days later, his blood-stained body was found from Tarn Taran along the roadside. His Activa was found dumped near Hamira.

All three accused had then passed Class XII examination and were preparing for IELTS to go abroad on a study visa using the ransom amount. They had got the idea of kidnapping and ransom after watching TV sop ‘Crime Patrol’.

On April 11, the day of kidnapping, Shelly had bought new clothes and sunglasses to hide his identification. He had stopped Jaskirat while on his way to tuition. After taking the custody of his scooter, he told Jaskirat to sit in Raja’s car. Raja forced Jaskirat to inhale some substance which made him unconscious. He then strangulated him with a rope. After Jaskirat died, the accused stuffed his body in a sack and dumped it.

The family members of Jaskirat said they were relieved that the accused had got the punishment that they deserved. Residents of Kapurthala on Monday took out a candlelight march to show solidarity with the family and pay homage to the departed soul.