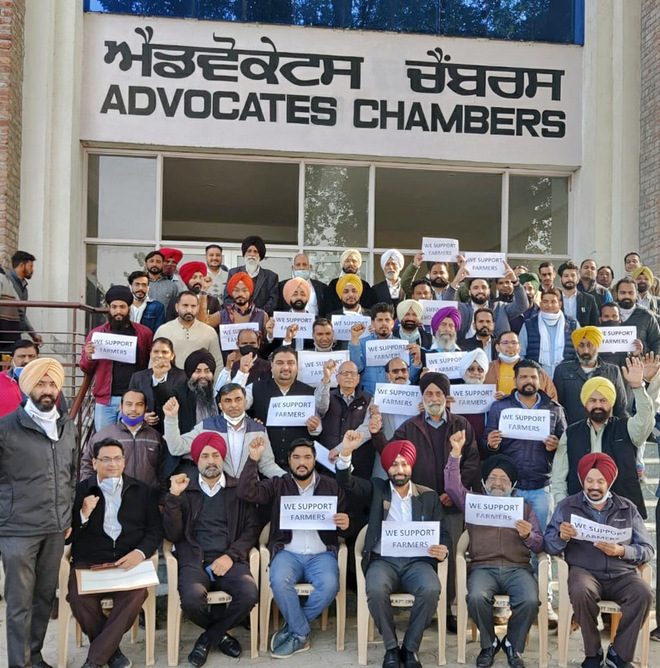 The Kapurthala District Bar Association (DBA) gathered in front of advocate chambers under the leadership of its chief Advocate Malkit Singh Thind and extended support to farmers’ agitation on Thursday.

Advocate Pawan Kalia, media in-charge, District Bar Association, said, “We will give legal help to farmers. Nearly, 500 kisan unions across the country have been agitating against the agri laws introduced by the Centre.”

The DBA demanded withdrawal of the three farm laws and said they were against the interest of farmers and general public.

Thind said, “The agri laws are against the farming community. We stand in support of agitating farmers and are committed to extend legal support to them.” Advocate Rakesh Sharma said it was highly reprehensible and undemocratic to try to stop the farmers’ agitation and torture them while they were fighting for their legitimate rights.

The DBA said the Centre’s attitude towards farmers was bound to give rise to suspicion as to why the government had been adamant to implement controversial laws.